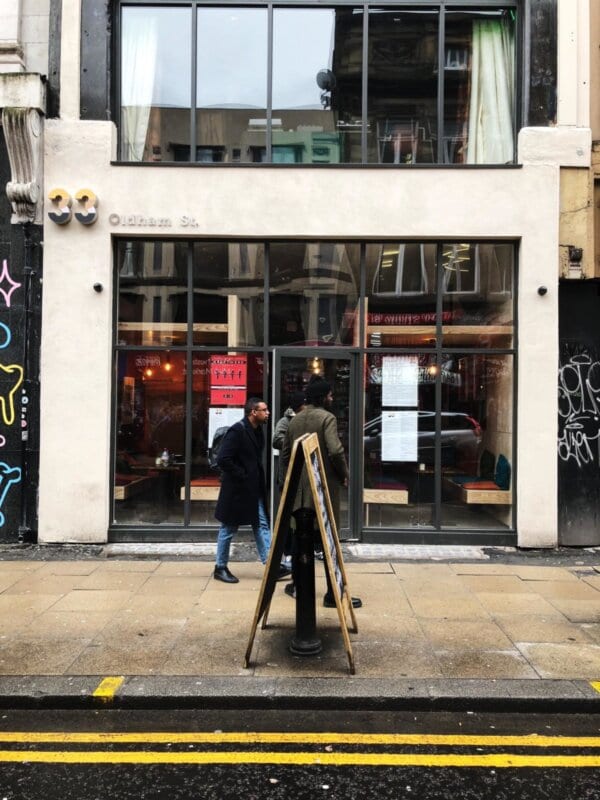 Popular multi-floor venue, 33 Oldham Street, has just launched a new music and food event that you won't want to miss.

The event will operate as a 'music and food pairing experience' and will pull inspiration from Manchester's rich musical history while serving a four course menu designed with Madchester in mind. 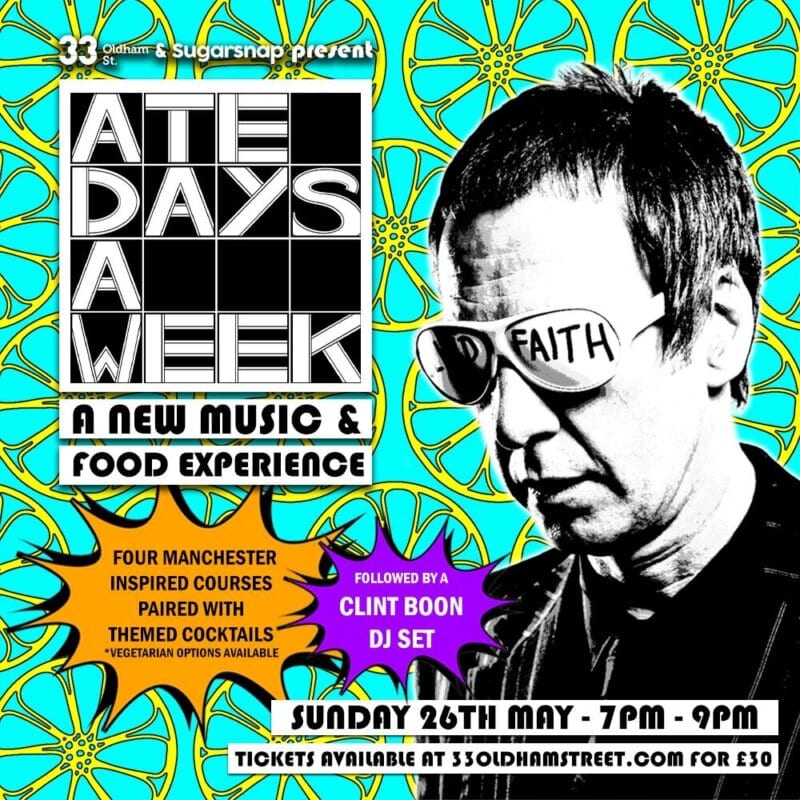 The food offering will be paired with a cocktail menu inspired by Manc songs, stories and traditions, while each dish will be served to the soundtrack of its musical inspiration.

The inaugural event will take place from 7pm until 9pm and will be followed by a DJ set from Manchester's own and ex-Inspiral Carpets legend Clint Boon.

Speaking about the event, Andy James, curator of the menu and 33's head chef, said: “Ate Days A Week grew from an idea of wanting to put a spin on what you would normally expect from a food event." 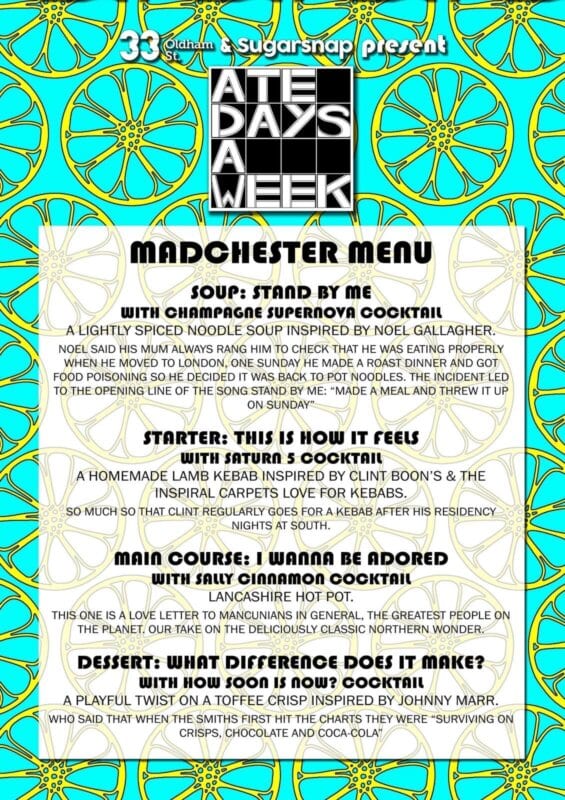 He continued: "We wanted to create a fun, original concept that guarantees an enjoyable and fully immersive experience. "

Tickets for the event are £30 per person. Find out more about Ate Days A Week and purchase tickets here.