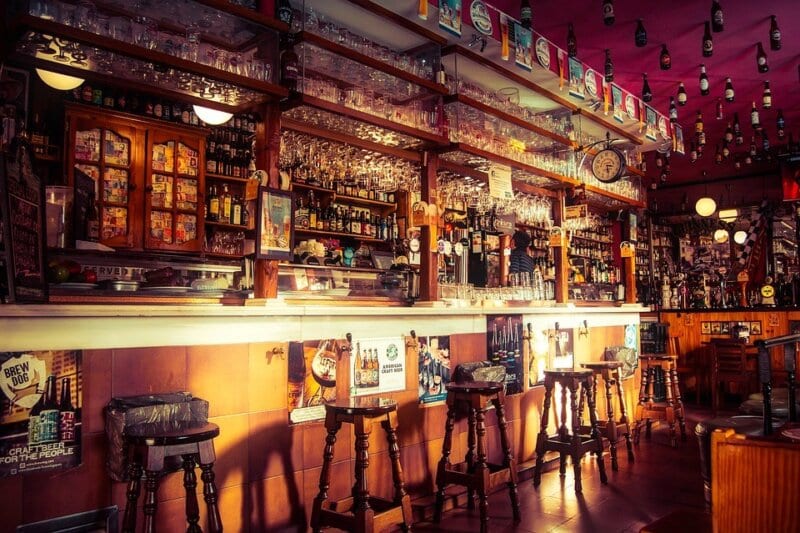 We love a drink in the UK, and when the weekend rolls in you can find the majority of the nation down their booze vendor of choice.

Greater Manchester has its fair share of top quality drinking spots, from the city centre to the outskirts of the region, there’s somewhere for everyone.

And now one watering hole out in Altrincham has managed to bag a prestigious drinks-based accolade, being named among the best places to booze in the UK.

The Observer Food Monthly Awards 2019 were announced last weekend, with food critics, chefs and the general public all voting on a number of categories.

One award was for the ‘best place to drink’, and while it didn’t take the top spot, an Altrincham restaurant and bar managed to rub shoulders with the ultimate drinking spots in the country.

The Con Club Altrincham was voted one of the best in the UK, as decided by OFM readers.

According to them: “This large restaurant in a former working men’s club also has a lively but relaxed drinking area. Not only does it feature its own micro-brewery but also has a juice bar.”

#FRIDAY #NIGHT #DRINKS & #MUSIC ?? did you know you can book tables upstairs?

If you're looking to celebrate Friday night with friends, family or colleagues......get in touch & book our booths out, no deposit required!

Taking the top spot was 1000 Trades located down in Birmingham, which according to the Observer mixes ‘craft beer with the atmosphere of a traditional boozer’.

And if you’re looking for a banging Sunday roast tomorrow, a Manchester establishment was voted one of the best spots for ‘Sunday lunch’ (obviously it should be dinner but we’re dealing with Southerners here) at the same awards, and is well worth checking out.