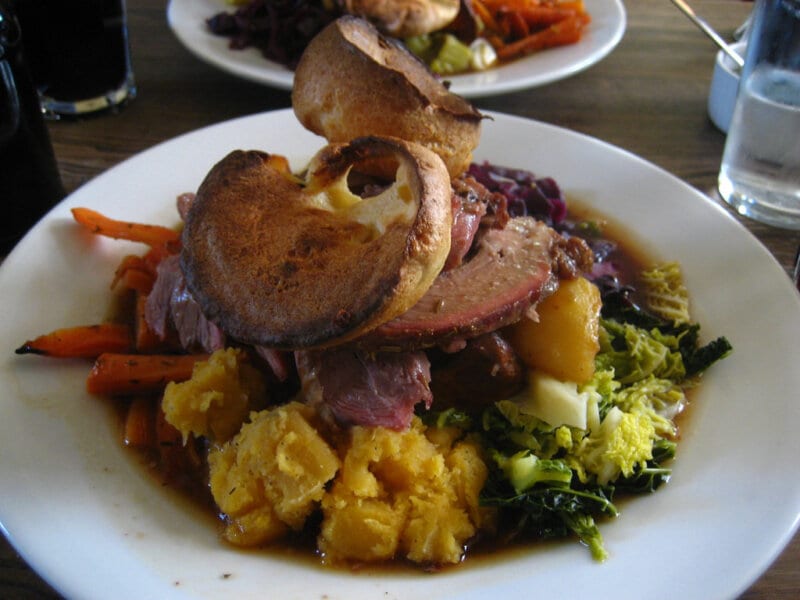 There’s nowt better than a top quality Sunday roast, with the iconic dish being the perfect way to see out the weekend.

We’ve got a great selection of roast spots to choose from around Greater Manchester, from the Northern Quarter to the outskirts of the region.

And now, one of these establishments has been voted one of the best in the whole of the UK.

The Observer Food Monthly Awards 2019 were announced over the weekend, with food critics, chefs and the general public all voting on a number of categories.

One award was for the ‘Best Sunday Lunch’ (obviously it should be dinner but we’re dealing with Southerners here), and while it didn’t take the top spot, a Manchester restaurant managed to rub shoulders with the ultimate roast-providers in the country.

We do look pretty in the Sunshine! Got that Friday feeling? All those joining us tonight for our Summer Sale certainly do! 50% off our A la carte menu - Mon - Fri - until the 12th July! #fridayfeeling #summerishere #summermenu #sunshine? #seasonalproduce #seasonalingredients #manchester #independent #northernqaurter #nq

TNQ Restaurant & Bar, located - unsurprisingly - in the Northern Quarter was voted one of the best in the UK, as decided by OFM readers.

Of course the meat (beef rump, lamb leg, pork belly) is well-sourced, and the potatoes are roasted in dripping, but the four extra veg that complete the plate, all for £12.95, make a Sunday lunch punching well above its weight.

As for the very best in the UK, the Bank Tavern in Bristol took the crown, a ‘cosy city centre pub’ where apparently you won’t be able to get a table for a roast until next summer - no thanks.

When the weather remembers we're in Manchester, what better way to brighten your day than one of the best roasts in the country followed by a sticky toffee pudding that'll change your life. Contact Team TNQ on 0161 832 7115 to book ahead for next week and avoid disappointment. #sundayroast #restaurant #manchester #bestofbritish #nofilter #sticky

So what do we think? Is TNQ the best roast around Manchester, or should somewhere else take the regional crown? Let us know your thoughts in the comments...