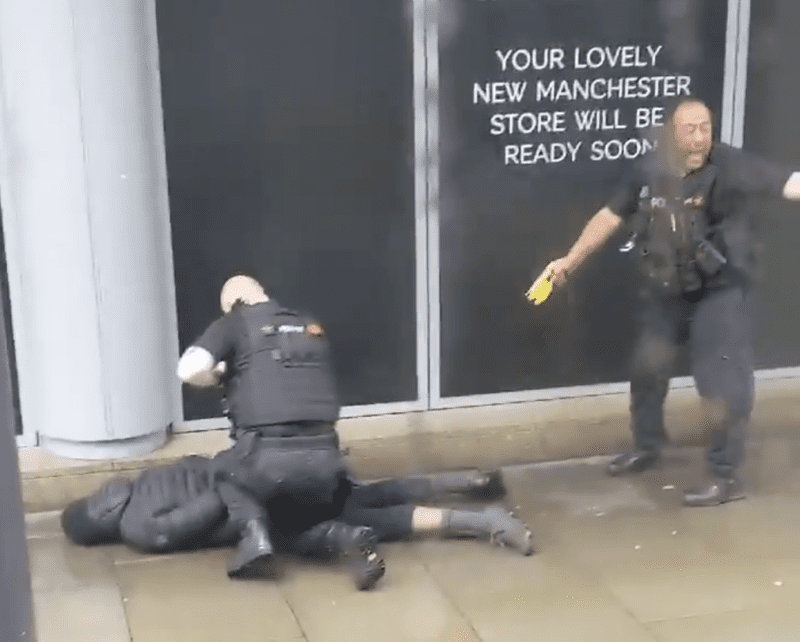 The Arndale has been evacuated after reports of multiple injuries.

Police are currently responding at the scene, after a number of stabbings near the shopping centre.

One video shows a man detained on the floor as police deploy a taser.

@MENnewsdesk guy being held by police with a tazer outside the arndale pic.twitter.com/O8y0786CEw

All going off in #Manchester in the Arndale ??? pic.twitter.com/3LXB9u821q

It’s being reported that fortunately there were no fatalities.

GMP has now released a statement:

We are currently responding to an incident at the Arndale Shopping Centre in Manchester City Centre. Officers are in attendance and early enquiries suggest that several people have been stabbed. A man in his 40s has been arrested on suspicion of serious assault. He has been taken to custody for questioning. Enquiries remain ongoing. Anyone with information should call police on 101 quoting incident number 1055 of 11/10/2019, or the independent charity Crimestoppers, anonymously, on 0800 555 111.

Specialist officers are continuing to respond to an incident at the Arndale shopping centre in #Manchester city centre. pic.twitter.com/HCiyKaIBV3

While GMP initially said five people were stabbed, they have since issued another statement clarifying that four people were injured.