Bury could be back in the Football League by next season

By The Manc
Bury FC 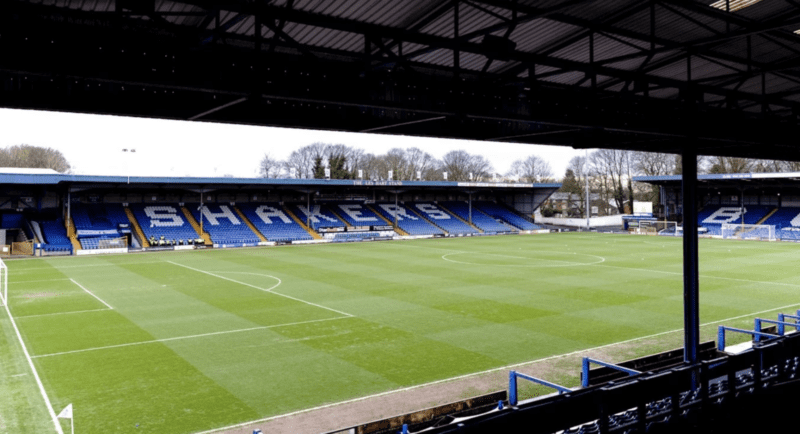 Last week saw a bleak time for English football, as Bury FC were expelled from the Football League and Bolton Wanderers narrowly avoided the same fate.

But with a fresh week comes fresh hope, and today a glimmer of hope for Bury’s future in the EFL has appeared.

The Greater Manchester Combined Authority has teamed up with several local MPs and a Bury fan group on a mission to save the club.

The news broke last Tuesday, August 27th, that a takeover deal to rescue Bury had fallen through at the last minute. C&N Sporting Risk, who were looking to take over the former League One side, confirmed they had pulled out.

With that, the Shakers became the first side to drop out of the EFL since Maidstone resigned in 1992. They were also the first team to be kicked out of the Football League since Leeds City in 1919 - who came back that same year as Leeds United.

The group are developing a proposal for the EFL to allow Bury back into League Two for the start of the 2020/21 season, which will be delivered by Friday September 20th.

If the league agrees, they will then work on a credible plan to rebuild the club, and owner Steve Dale has given them a short period of time to identify a new owner.

Here’s the full statement from Andy Burnham and Bury Council:

It is first and foremost for the supporters of Bury Football Club to decide its future, but we as a group of organisations want to assist them in saving Bury FC as an English Football League (EFL) club.

We accept that the EFL has had to take action given the mismanagement that has brought Bury FC to this position. However we believe the expulsion and proposed readmittance several levels below its current league is unduly harsh, particularly on the supporters who have done nothing more than back their club through thick and thin.

Such a sanction would put the future of the club into severe doubt, and set a dangerous precedent for the many other clubs who might find themselves in a similar situation.

We believe it is time to put forward a fair resolution that the club, the town and the wider game can unite around.

We are establishing a working group to develop a proposal to the Football League that would allow Bury to be admitted to Sky Bet League Two for the start of the 2020/21 season, subject to the submission of a credible plan to rebuild Bury FC before the end of this year.

First, we will work to develop a clear proposal to the English Football League, by Friday 20 September, that will allow us the opportunity to work towards re-entry to League Two.

Second, if the EFL agree to that proposal, we will then work on a credible plan to rebuild the club, which all signatories to this statement will feel able to endorse.

Third, if that credible plan fails to emerge within the deadline then we accept the EFL’s right to impose their original decision.

We are pleased that Steve Dale has agreed to give us a short period of time to identify a suitable new owner for the club – we ask in good faith that the current owner allows us the opportunity to take forward this proposal.

To give the EFL confidence in the process, the Greater Manchester Combined Authority (GMCA) and Bury Council will work together to provide the necessary external challenge to ensure any proposal is financially viable and can deliver stability for both the club and the league in the long term.

We firmly believe it is better to work to save Bury FC as a trading entity rather than the club be forced to start again from scratch next season.