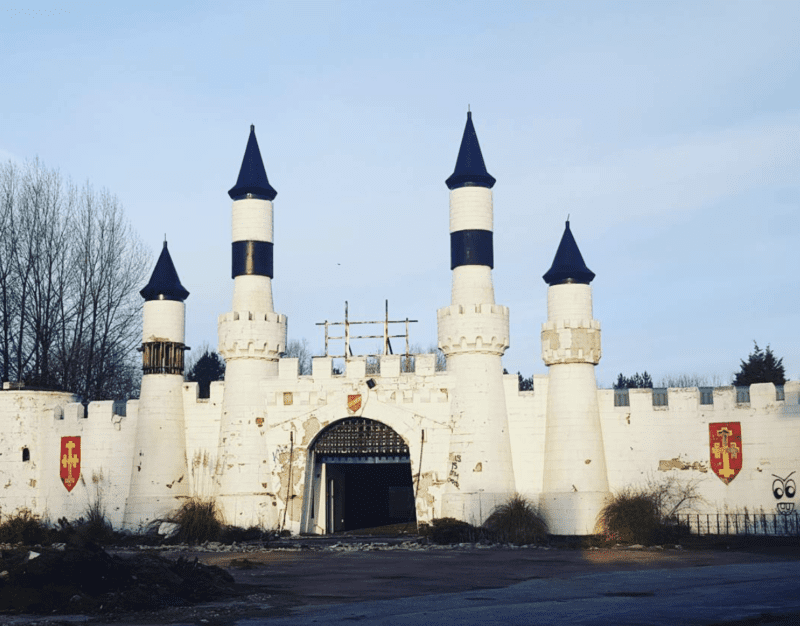 Since closing, the derelict site of the former Camelot Theme Park has stood empty, steadily falling into disrepair.

The 140-acre site closed its doors back in 2012, leaving behind a post-apocalyptic scene of deserted rides and empty, overgrown features.

spent this morning sneaking around an abandomed theme park ?

It’s become a hotspot for urban explorers, with loads of footage and photographs of the creepy old park appearing online.

The company who purchased the site had big plans for it, and it was never intended to become an abandoned memorial to its previous existence.

We Snuck Into Camelot theme park yesterday... We lasted about half an hour before we got caught by tactical armed police who were doing training on the grounds. Thank God we didn't get shot ??

After the theme park’s closure, Story Homes knocked up plans to redevelop the land and build 420 houses there, submitting an application to Chorley Council in January 2014.

This was refused as the plan was deemed too large scale and would impact negatively on the green belt.

“You won’t get in the theme park, theres barbed wire, security and guard dogs protecting it ”.... they said

Story Homes subsequently submitted new plans in July 2017 for 195 homes, although these were also refused due to green belt concerns, and the site not being an area identified for growth.

Experts have valued the land at a whopping £793 million if the site was sold and turned into 6,294 apartments - but this would mean dismantling and demolishing the remaining rides, destroying the park’s history in the process.

As for what the future may hold for the former theme park site, Story Homes said they’re keeping their options open, telling the Liverpool Echo: "Going forward we will consider our options in respect of development proposals for this site."

The company still maintains the site, performing essential maintenance like clearing vegetation when it poses a risk to overhead high voltage power cables, and they have round the clock security to deter people from entering the site.