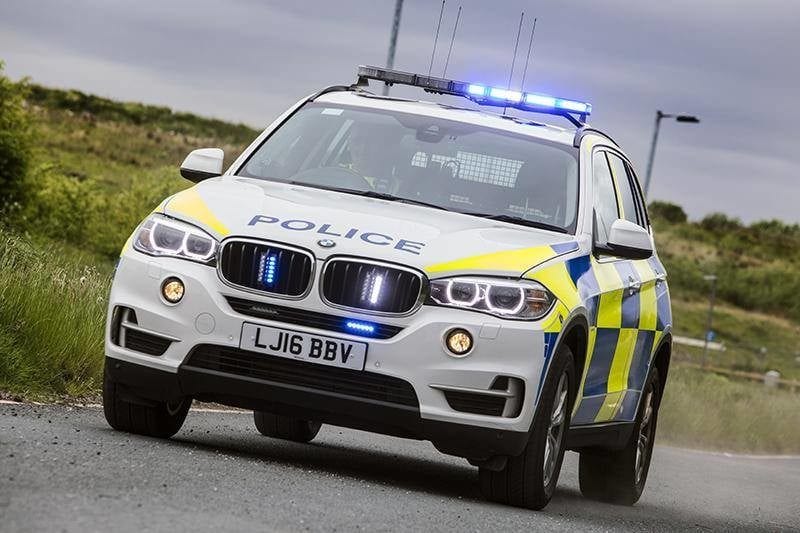 Two dogs led a GMP officer to a critically-ill man, helping to save his life.

PC Debra Ryan spotted the dogs loose on Thursday September 5th and stopped to investigate why they were on their own.

PC Ryan was driving through Carrington when she saw the dogs, and after catching them they led her to their owner who suddenly collapsed as she approached him.

The man was in cardiac arrest and PC Ryan performed mouth-to-mouth CPR and called an ambulance.

A GMP Armed Response Vehicle was within close-vicinity of the incident and had received the call for support and arrived at the scene to offer advanced support as they were in possession of a defibrillator. Between the officers, CPR was continued until the ambulance arrived and the man was taken to Wythenshawe Hospital.

Officers identified the man and contacted his next of kin, driving them to hospital, while another officer drove the hero dogs back to their home to ensure their safety.

According to the police, the man is now in a stable condition.

This incident highlights the amazing work GMP officers do on a day-to-day basis. Without their initiative this man may not be alive today and I’m extremely proud of the commitment they all give to help the community of Greater Manchester. PC Ryan was on her own until further support arrived and she took all the right and necessary actions to ensure the man got the treatment he needed until extra help arrived. The forward-thinking actions of all the officers involved ultimately saved this man’s life.

Well done to everyone involved, especially the quick thinking dogs!