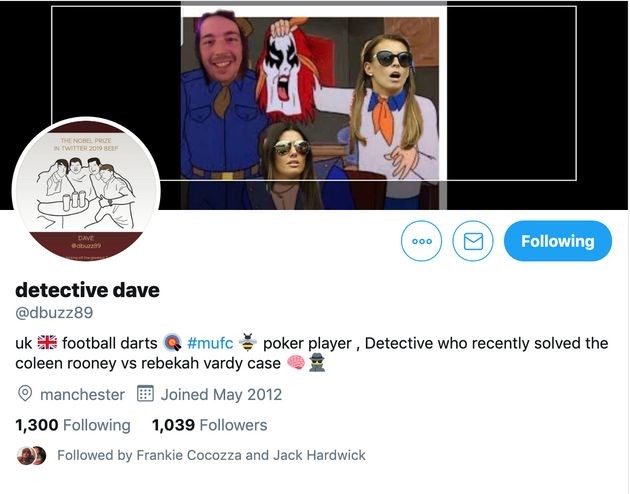 As you’re all probably aware of by now, the nation has been gripped in the pure drama of Coleen Rooney’s big reveal earlier this week.

The Queen of the WAGs tweeted a statement on Wednesday, dripping with suspense, outlining the fact that someone over the years had been taking information from her private Instagram page and selling the stories to The S*n.

She ended with the big reveal that it was in fact…. ‘Rebekah Vardy’s account’, earning herself the nickname ‘WAGatha Christie’ for her top level sleuthing skills.

This has been a burden in my life for a few years now and finally I have got to the bottom of it...... pic.twitter.com/0YqJAoXuK1

Coleen planted fake stories on her Instagram and blocked every account except one from viewing them - leading her to deduce who the culprit was.

But it turns out she was actually advised to do this on Twitter back in January by a lad from Salford.

Dave Burrows, who has subsequently been dubbed ‘Detective Dave’, replied to one of Coleen’s tweets back at the start of the year, when she was complaining about one of her followers 'betraying' her.

It’s happened several times now over the past couple of years. It’s sad to think Someone, who I have accepted to follow me is betraying for either money or to keep a relationship with the press.

Greatest assist ever in the history of football.

The tweet reads: "It’s happened several times now over the past couple of years. It’s sad to think someone, who I have accepted to follow me is betraying for either money or to keep a relationship with the press." 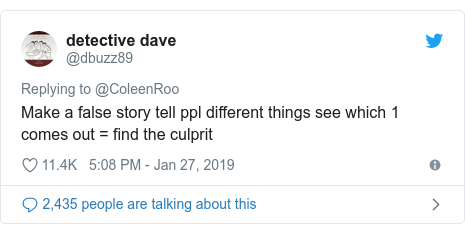 People were quick to spot Dave’s tweet when it all kicked off, and it went almost as viral as the original statement from Coleen, leading the 30-year-old to change his Twitter handle to 'Detective Dave', with the bio: "Detective who recently solved the Coleen Rooney vs Rebekah Vardy case." 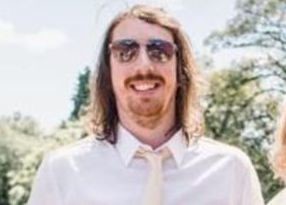 However, after a flurry of media attention, it seems like the limelight might have been too much for Dave, as he’s now deleted his Twitter page.

We wish him all the best, and hopefully this isn’t the last we see of Detective Dave and his sleuthing skills!