By The Manc
Annika Haas / Wikipedia 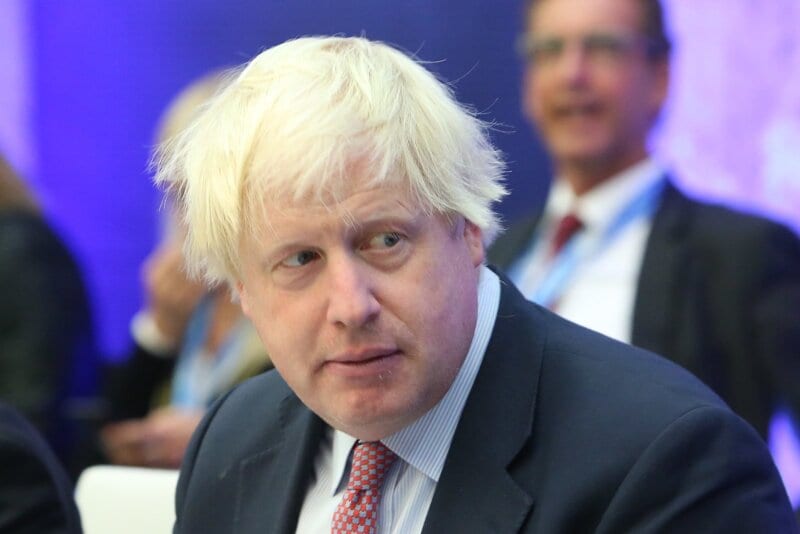 Boris Johnson is currently the favourite to be our next Prime Minister, but something he wrote back in 2007 is coming back to haunt him.

If successful the Tory leadership hopeful would become the UK’s next leader without a general election, and if that doesn’t bother him now the idea of someone becoming Prime Minister without being elected certainly used to.

A huge double billboard has been put up in Bolton calling him out for his ‘thermonuclear hypocrisy'. 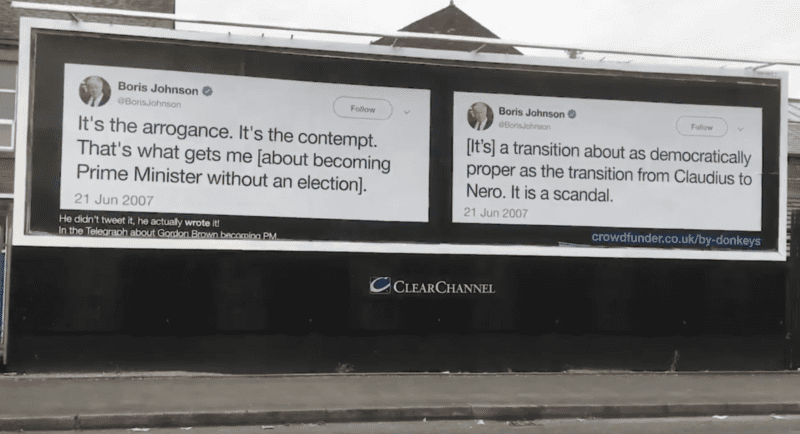 Protest group Led By Donkeys are behind the crowdfunded billboard, which is located on Egerton Street, Farnworth.

It quotes an article by Boris from 12 years ago, in which he discussed then-Labour leader and Prime Minister Gordon Brown’s transition into power.

If anyone’s interviewing @BorisJohnson today can you ask him about this thermonuclear hypocrisy? Cheers
(Billboard location: Egerton St, Bolton) pic.twitter.com/PIWMJNOfch

Writing in The Telegraph, Boris called out the Labour Party for not having a general election when Brown took over as leader from Tony Blair.

Boris wrote in the column:

It’s the arrogance. It’s the contempt. That’s what gets me. It's a transition about as democratically proper as the transition from Claudius to Nero. It is a scandal. It’s Gordon Brown’s apparent belief that he can just trample on the democratic will of the British people. It’s at moments like this that I think the political world has gone mad, and I am alone in detecting the gigantic fraud. 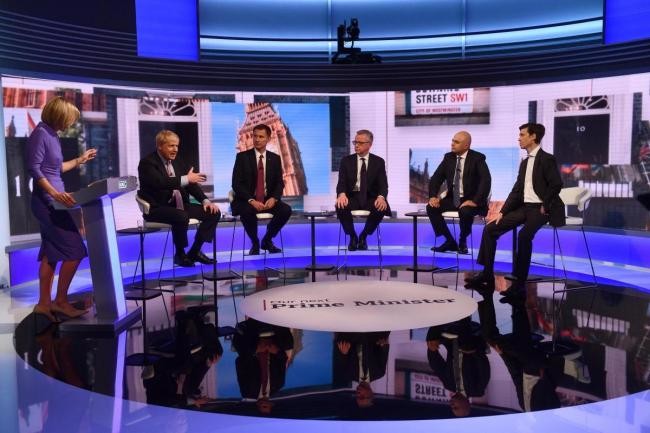 But it seems he’s had a change of heart, as Boris dismissed calls for a general election earlier this month during a BBC TV debate.

When Newsnight presenter Emily Maitlis raised it, he said: "No one in Parliament wants a general election." Then when further questioned about his comments in 2007, Boris replied: "[Brown] wasn't taking over in the context of a national political crisis where we need to get Brexit done."

Well, Gordon Brown’s takeover as Prime Minister did coincide with the global financial crisis, but why let the truth get in the way, Boris?