By The Manc
Highways England 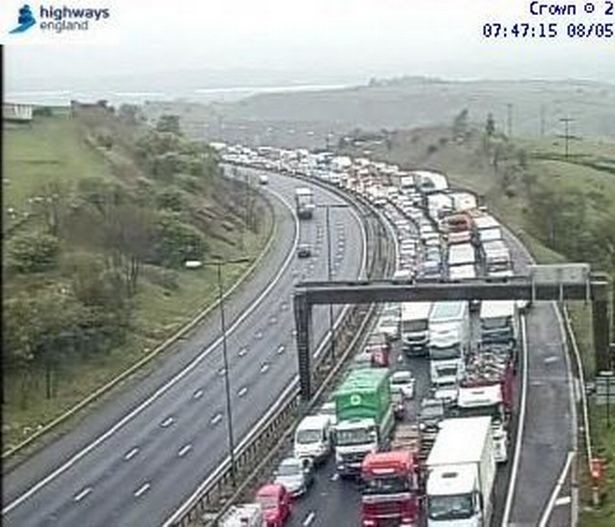 The M62 is closed in both directions after two separate incidents have caused major tailbacks for ten miles.

Police are urging drivers to completely avoid the motorway after junctions 22 to 25 have been sealed off.

According to the Manchester Evening News, a police incident and serious collision this morning shut the major commuter route, with officers attending the Scammonden Bridge area at 5am after a man was seen on a bridge.

Full closure between these junctions in both directions.

This is due to a Police incident.@WYP_RPU

#M62 is CLOSED in BOTH directions between J22 (Denshaw) and J24 (Elland) due to a serious incident - Road not expected to fully re-open before 8AM - Latest @ https://t.co/dxmsU1cCGR pic.twitter.com/IicLxyyWDx

#M62 at #Scammonden shut again. Police Incident usually means someone is on that bridge in despair. I hope I’m wrong but also hope the person gets the help they need. Something needs to be done about that bridge.

Sadly the man suffered life threatening injuries after falling from the bridge just after 6am.

The second incident involved a collision between a motorcyclist and a vehicle near junction 24, emergency services were called to the exit slip road of the M62 eastbound around 1am this morning. The motorcyclist suffered life threatening injuries.

The delays have caused tailbacks back to Greater Manchester, and Highways England have advised motorists that the M62 will remain closed in both directions during this morning’s busy period.