By The Manc
Staffordshire Police 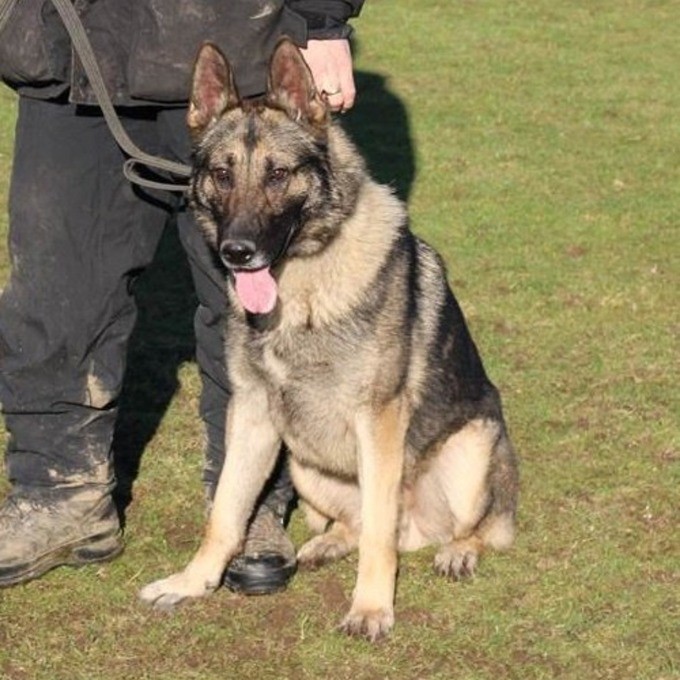 A new law was recently introduced which gives tougher penalties to people convicted of harming police dogs and horses.

Now a man from Merseyside is believed to be one of the first people charged with this new offence after stabbing a police dog in the head.

Dan O'Sullivan, 29, has been charged under ‘Finn’s Law’, after causing unnecessary suffering to a police dog.

On the day that #FinnsLaw has first been used I’m starting #FinnHour with #Fabulousfinn my hero who got this Law in place?? pic.twitter.com/UT4IhLe0or

O'Sullivan, from Litherland, was charged under the Animal Welfare (Service Animals) Act 2019, after he stabbed a police dog called Audi in the head.

On top of that, he was also charged with five counts of assaulting police officers, possession of offensive weapons and affray.

This follows an incident on Monday near Stoke-on-Trent, where Audi received a stab to the head after officers attempted to arrest the suspect.

We're pleased that no officers came to serious harm and PD Audi is now recovering from his ordeal. His injuries seem to be soft tissue-related and he is likely to be out of action for a short time.

The new law, known as ‘Finn’s Law’, came to pass after the high-profile case of a police dog called Finn, who was stabbed while chasing a suspect and nearly died from the wounds.

At the time, the law meant that the offender could only be charged with criminal damage.