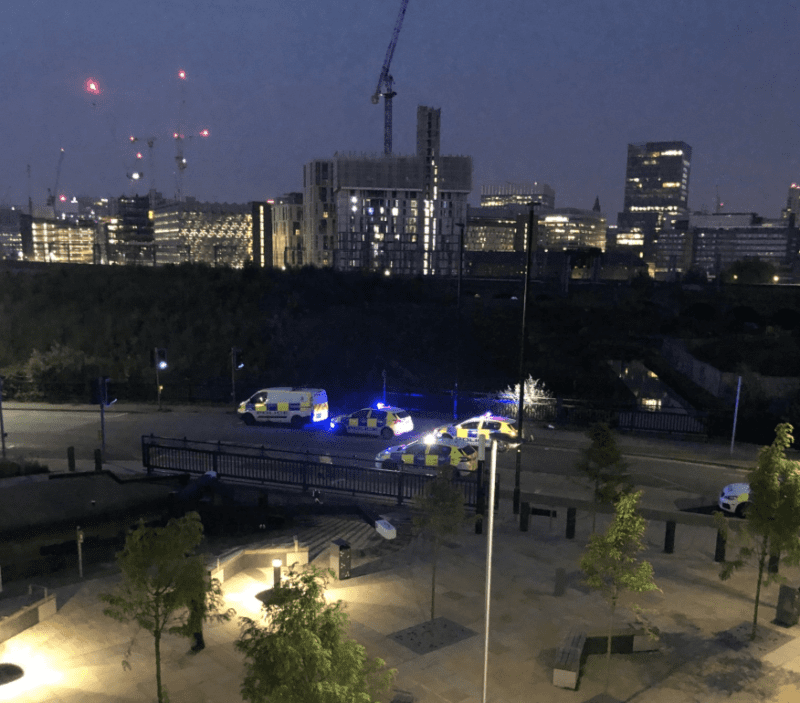 Last night police were called to reports of an assault, arriving to find a man in the canal.

The incident happened on a canal pathway next to the Middlewood Locks apartments by Trinity Way.

@MENnewsdesk lots of police at Middlewood Locks. Whole canal side sealed off. pic.twitter.com/sDRWfmAIs6

When officers arrived just after 10.20pm they discovered a man in the water, although he managed to make his own way out.

The man was then taken to hospital where he was treated for minor injuries.

GMP released a statement to the MEN:

Shortly after 10.20pm, police were called to reports that a man was assaulted on the canal at Middlewood Street, Islington, Salford. Officers attended and a man in his 20s was in the canal, but he managed to make his way out of the water a short time later. He was taken to hospital to be treated for minor injuries. It is not yet known how the man came to be in the canal, and enquiries into the full circumstances of the incident are ongoing.

At this point it’s unclear how the man, aged in his 20s, ended up in the canal.