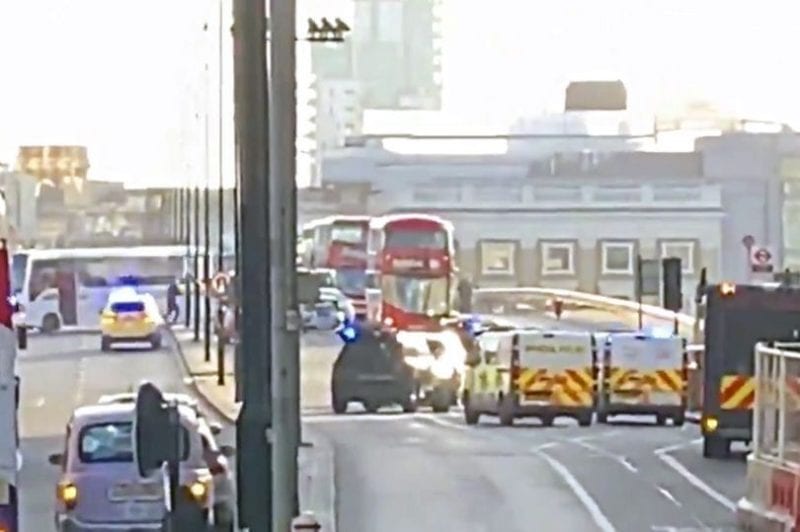 London Bridge has been cordoned off amid reports of a man being shot by armed police.

According to BBC reporter John McManus, a fight broke out on the bridge before police arrived and shots were fired.

The Met police has since confirmed that it is dealing with an incident at the famous bridge and has told people to leave the area immediately.

A Scotland Yard spokesman said: 'We are in the early stages of dealing with an incident at London Bridge. Please follow @metpoliceuk for updates."

As always, Twitter is quite lively right now with lots of reports of a man running around with a knife before being shot.

Footage has also emerged on Twitter of what can only be described as armed officers backing away from a man on the ground.

We don't yet know who the suspect is and why the incident broke out.