Oldham Library evacuated after reports of a suspicious device found

By The Manc
Oldham Library

As the fire brigade turn up to an entirely evacuated Piccadilly Gardens following the discovery of a suspicious package, it has also been reported that Oldham Library has been evacuated.

The Manchester Evening News have confirmed that a suspicious device has been found at Oldham Library, and police officers are "keeping an open mind and are exploring the possibility that the incidents are linked.” 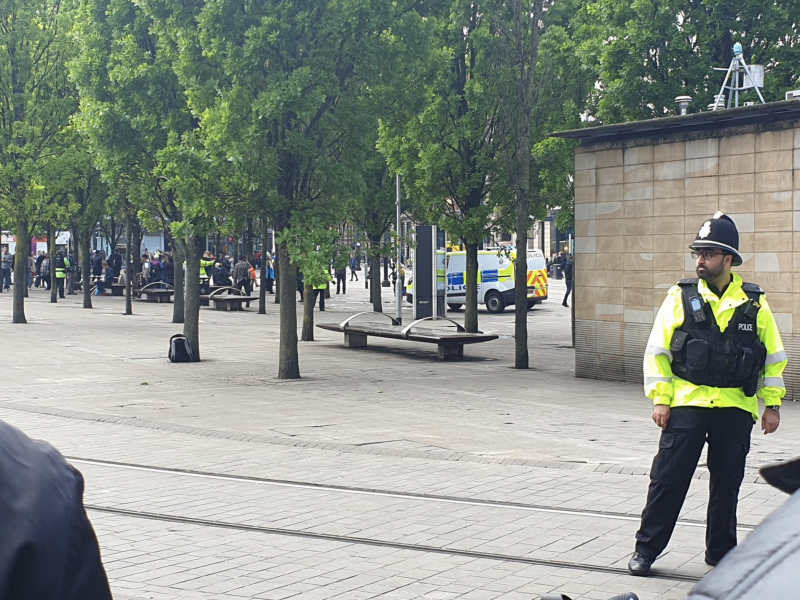 A man aged 26 has been formally arrested and remains in custody following the incident at Piccadilly Gardens, in which Primark and all other surrounding buildings were reportedly evacuated.

Police in Greater Manchester have confirmed Oldham Library has also been evacuated due to reports of a suspicious package #PiccadillyGardens https://t.co/x6WRMxJyID

Transport links in Manchester city centre, including the Metrolink, have also been affected as a result of the cordon.

In regards to the library incident, a spokesman for Oldham Council said: "A suspicious package has been found in the gentleman's toilets and the entire building has been evacuated as a precaution."

UPDATE: The bomb squad are on the scene.

More as it comes.