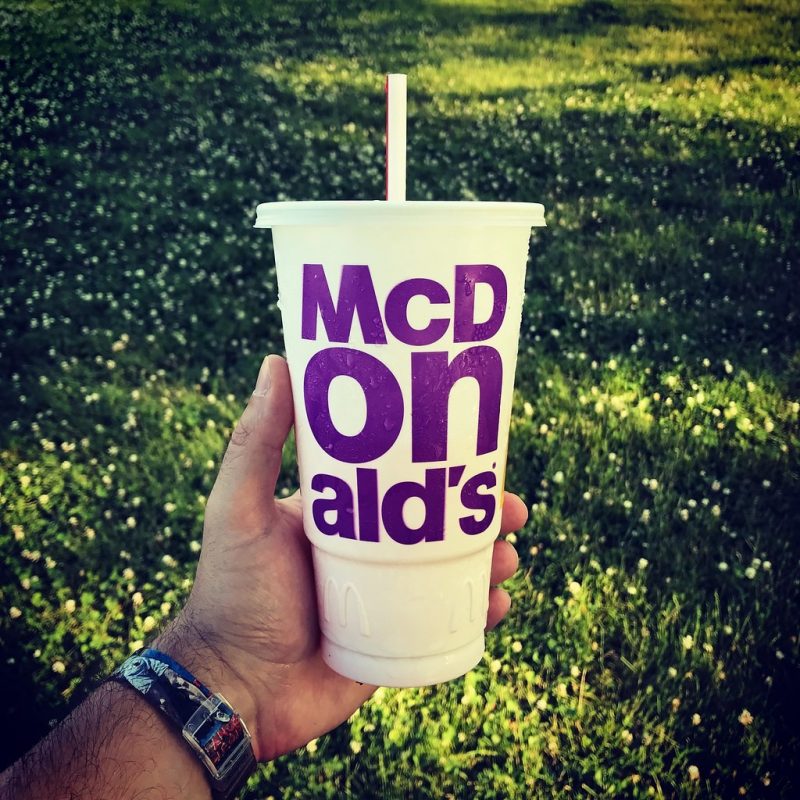 McDonald’s recently announced they were going to get rid of their plastic straws and replace them with paper ones, to help reduce their environmental impact.

A great move, I’m sure you’ll all agree, and it’s hard to see a reason why anyone would be angry about it.

But that’s exactly what’s happened, people are angry - 35,000 of the bastards to be exact - and they’re so fucking mad that McDonald’s are trying to help the environment that they’ve started a bloody petition.

I've just seen a petition to bring back McDonalds straws.. "so I can drink my milkshakes proper" ...
This is what's wrong with the world. Uneducated, privileged little shits thinking their enjoyment of a milkshake is more important than our planet. ?

Yes, the selfish bastards want to bring back plastic because the paper ones make their milkshakes taste a little bit funny, the poor darlings.

While most people praised Maccies for scrapping plastic straws, Martin Reed decided to set up the petition on 38 Degrees, calling for the fast food giant to reintroduce them “so I can drink my milkshake proper” (that’s an actual direct quote).

Other outraged and offended parties include Kim H, who commented on the petition: “Absolutely useless, they get soggy and end up giving off a cardboard taste to the drink you have, no point in having a paper straw with a plastic lid, much rather have a paper lid and a plastic straw”.

Theres a petition to bring mcdonalds plastic straws back so thought i’d remind everyone how its effecting the world 🙁 pic.twitter.com/1kb608GyV0

Keisha N was angry about her favourite orange beverage being disrespected, writing “Ruined Tango they have.” Have they? Liam S was also FUMING about his favourite beverage being made weird, with his reason for signing being “So I can have my coke back to normal”.

Lauren D spoke for both of them when she wrote: “The paper straws go soggy and my drink taste different”.

Kalum W made limited sense when he typed: “Because the old straws are so much better when I drink out of the new ones it gets so sorry in my mouth”. Ross M was a lot more succinct, simply stating: “Cunty straws”. Cheers Ross!

mcdonalds in the uk alone uses 1.8 MILLION!!!! straws per day, so next time ur moaning about ur soggy paper straw get a GRIP and be thankful none of those straws will be left to destroy our planet for the next 400 odd years :))

Christopher M threatened to hit McDonald’s where it hurts, the wallet, writing “Bring back plastic straws or I will go to KFC”.

This commenter didn’t pull any punches, with a quote that puts old Bill Shakespeare to shame:

Don’t be like Abbie, respect the fact that a lack of plastic straws means a turtle doesn’t have to choke on your throwaway drinking utensil.