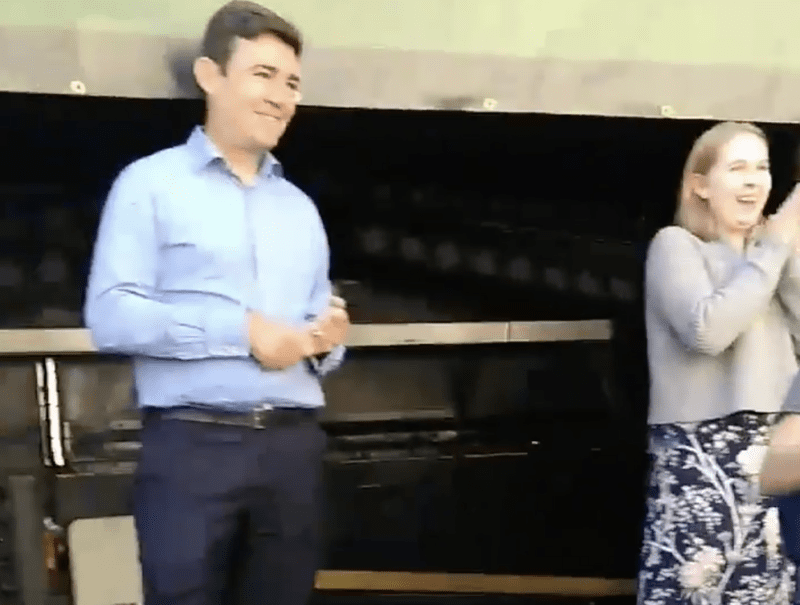 A Global Climate Strike is currently underway today, with protestors around the world taking to the streets to demand action on the climate crisis.

Manchester is no exception, with hundreds of young people gathering in St Peter’s Square to take part in the international day of action, before marching through the city.

And one 10-year-old activist from the Manchester event has gone viral, after she took on Andy Burnham over his lack of action.

Lillia, a primary school pupil from Oldham, took to the stage to give an impassioned speech herself, but it was her no-nonsense questioning of the Greater Manchester Mayor that got people talking.

At the event, the Mayor called out people who disagreed with the protest, as well as those who have ridiculed young climate activist Greta Thunberg, but he looked taken aback when Lillia turned it around and questioned his own actions.

Not impressed, Lillia took back the mic and said: "I have no intentions to be rude. But, since last April, the last strike you came to, you promised us you would help us." She went on to ask what he had done in the last five months.

The Mayor responded honestly by saying: "Probably not enough". Addressing the crowd he continued: "You're right. I did stand here and I said a lot of things, a lot of promises. The problem is sometimes there's a lot of talk and not enough action."

Addressing the crowd, Lillia encouraged young people to ‘use their voices’ to demand action on climate change.