By The Manc
Mtaylor848 / Wikimedia 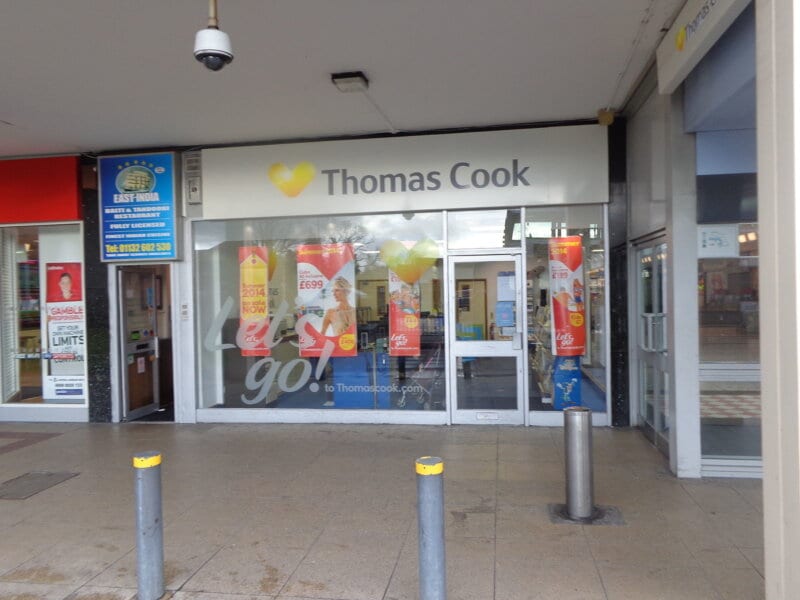 In some good news this morning, all 555 Thomas Cook stores have been sold to a rival travel firm, potentially saving thousands of jobs.

Hays Travel is the company taking over the shops, in a move that might save up to 2,500 jobs.

The Official Receiver, which was appointed when Thomas Cook collapsed last month, is selling the stores to Hays.

9,000 people across the country lost their jobs when the travel agent went bust, with 3,000 of them thought to be in Greater Manchester.

The deal is expected to save thousands of jobs, and Hays has already recruited 421 former Thomas Cook staff.

Delighted Hays appear to have salvaged something from the nightmare for thousands of Thomas Cook employees and travellers.

However what it shows is there was something rotten at the core of the business and those awarding themselves a bonus in the last 24 months are a disgrace.

Hays Travel is the country's largest independent travel agent and is based in the north. John and Irene Hays, managing director and group chair of Hays, said: "Thomas Cook is a much-loved brand, employing talented people. We look forward to working with many of them."

According to Hays, they’re planning to reopen all the shops with immediate effect, with more than 100 new jobs being created at the company’s headquarters in Sunderland.