By The Manc
The Robe / Wikimedia 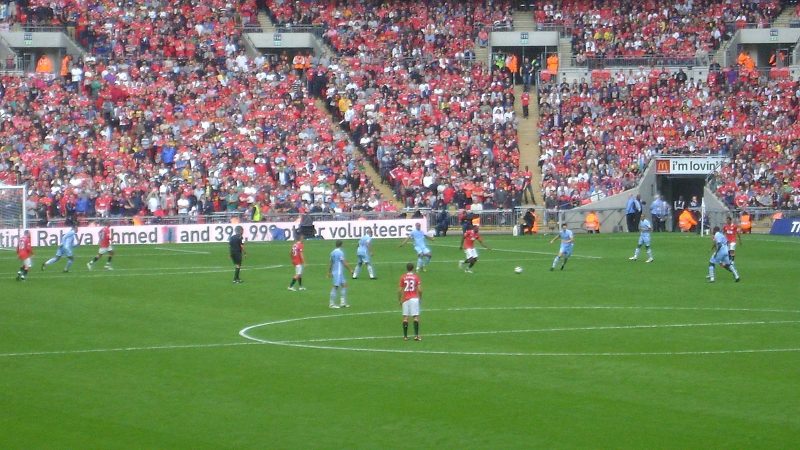 The dust of the Manchester Derby has settled, with City emerging victorious after a 2-0 win over their rivals at Old Trafford.

But the repercussions are far from over, and now some Liverpool fans have taken to Twitter to voice their theory that there’s some sort of Manchester conspiracy afoot.

Liverpool and City are currently going head-to-head for the title, with the Reds chasing their first league campaign win in 29 years.

Last night’s win moved the Blues to the top of the table with a goal difference of eight over Liverpool, who are only one point behind them as the season enters its final stages.

We're gonna hear a ton of conspiracy theories about the Manchester derby this week that ignore the fact that United are just utter gubbins.

Liverpool fans were hoping their fierce rivals United would do them a favour in the race for the title, but they had no such luck, and some took to social media to express their annoyance with one player in particular.

United’s keeper David de Gea had a night to forget, letting in two goals that he really should have stopped.

Can they use VAR to check if De Gea didn’t fix the match? ??‍♂️ #MUNMCI

Gotta say someone should investigate DeGea for throwing a game! There’s no way he tried to stop those shots! #lfc #ynwa #mufc

David De Gea must have a bet on city to win the league, should save both of those! We keep going to Friday, get the points and see what happens. To lose it by a point would be agonising but we’ve come a long way this season, let’s hope! #LFC

Trust De gea to ruin it for us #LFC

To be fair to United, they’ve been absolutely awful recently, losing 4-0 to Everton on the weekend after capitulating out of the Champions League a few days before.

So no conspiracy, just Manchester United self-destructing as the season finishes.