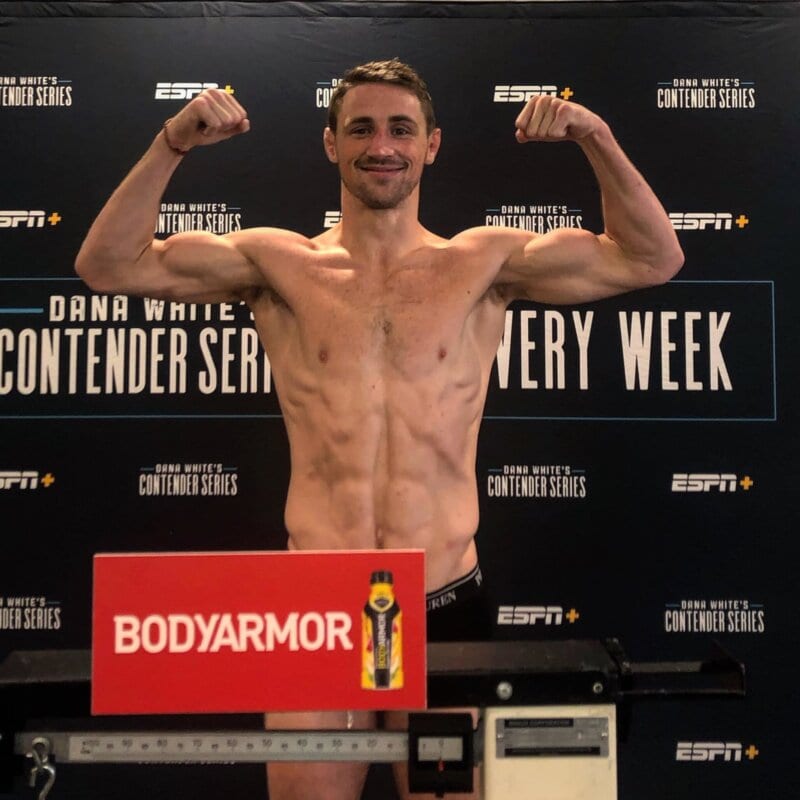 A local Manc lad is fighting in Las Vegas tonight for his chance to become one of the next big superstars of UFC.

Brendan Loughnane has been fighting for years, and now has the chance to earn himself a professional UFC contract if he wins across the pond later today.

I’m coming for you all ? pic.twitter.com/TdYCMS8e3l

Loughnane has been high up the list of unsigned MMA talent for years, ever since a failed attempt to win a UFC contract back in 2012 on the Ultimate Fighter TV series, where he lost to Mike Wilkinson in the Octagon.

The Mancunian will be the first Englishman to compete on Dana White’s Tuesday Night Contender Series when he fights Algeo, and he’s got some big names backing him.

Heavyweight boxer Tyson Fury has thrown his support behind him, as well as Manchester United stars Marcus Rashford and Jesse Lingard.

Now he needs your support too, the fight will be live and free on UFC fight pass and kicks off around 1am BST in the UK. Come on Brendan, do us proud!