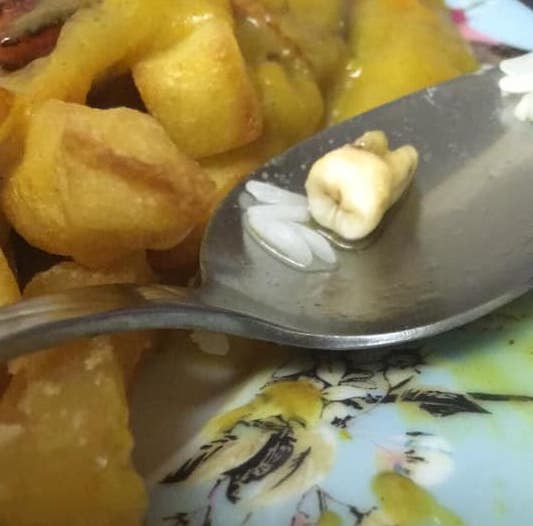 You can’t beat a Chinese takeaway on a chilly, dark October evening, but this story might just put you off for life.

One couple were disgusted to find what looks like a human tooth in their food from the local Chinese takeaway.

Stephanie McDonough and Dave Burrows ordered the meal over the weekend, discovering the ‘tooth’ in their £6.30 pork curry. 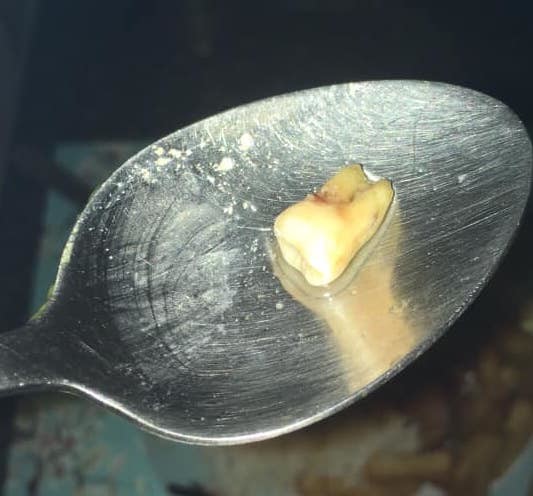 Dave, 38, ordered the meal from the Newtown Cantonese Takeaway down in Worcester, and when they rang up the restaurant to complain they were told by the manager it was either meat gristle or an onion.

After receiving no resolution from the takeaway, Stephanie, 29, posted a picture of the food on Facebook.

The post reads: DO NOT USE NEWTOWN CHINESE WORCESTER!!! Trying to say it’s just gristle from the pork then said it could be from the onion, UHM ITS A F*****G TOOTH. SHARE SHARE SHARE”.

We thought it was a bone at first, but it's definitely a tooth. We both checked it wasn't any of ours. I phoned the restaurant later that night and the manager really tried to convince me it was gristle in the pork. She was having none of it. She was trying to come up with different things that it could have been. It was a tooth. It's more a concern of how it got there. Was it spat in there or fell? I'm 90 percent sure it's a human tooth. It could have come from their food suppliers or wherever. 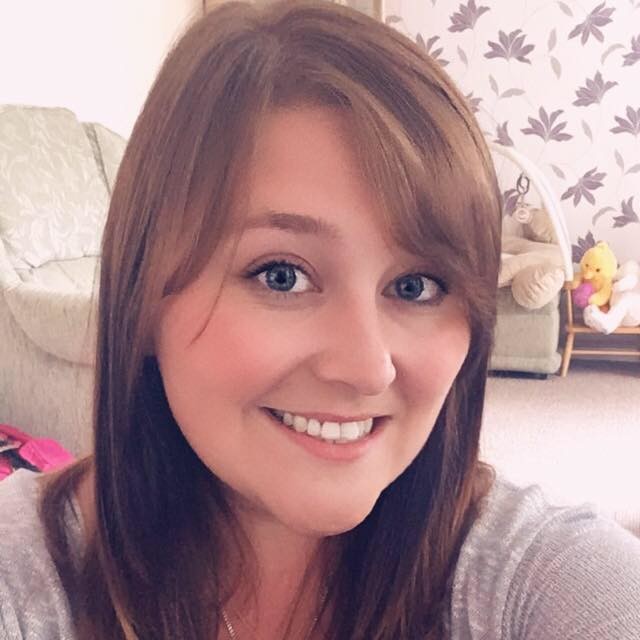 According to Stephanie the restaurant reimbursed the cost of the curry, but not their whole £17.70 bill, and they’re yet to receive an apology.

The couple have reported the incident to the Food Standards Agency - freezing the curry and ‘tooth’ for analysis - and a city council spokesman said inspectors are investigating the situation and will be visiting Newtown Cantonese Takeaway, Worcester News reports.

Apparently the restaurant doesn't want to comment until inspectors have visited their premises.