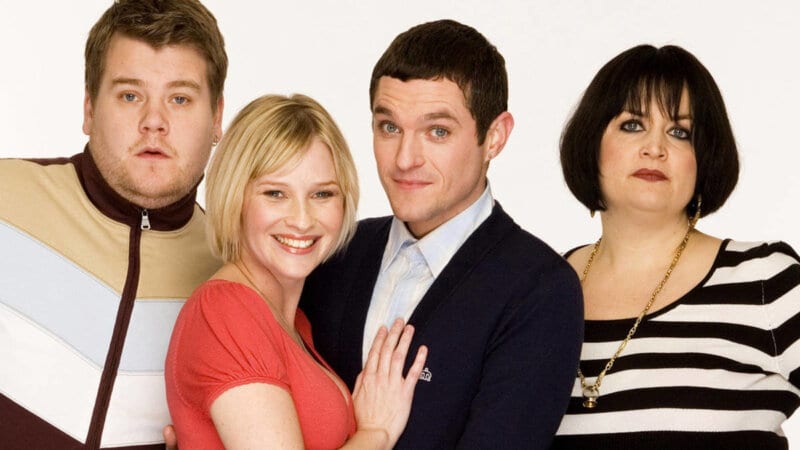 As the nation struggled to get out of bed after a long bank holiday weekend, James Corden decided to drop a bombshell.

It’s not April the first and this is not a drill: Gavin and Stacey is coming back!

Corden announced the one-off Christmas special by tweeting a picture of the script, saying that he and co-writer Ruth Jones had been ‘keeping this secret for a while’.

Ruth Jones and I have been keeping this secret for a while... We’re excited to share it with you. See you on Christmas Day ⁦@BBCOne⁩ #GavinandStacey pic.twitter.com/gTRa3cp90t

The Bafta award-winning comedy, that also stars Corden and Jones, is universally loved by Brits and has seen its cast members become national treasures.

#GavinandStacey my whole house waking up to the news ?? pic.twitter.com/AdQVsYK1kC

If you’ve been living under a rock for the last 10 years, it follows a long-distance relationship between a girl from south Wales and a boy from Essex.

In a joint statement, Corden and Jones said:

Over the last ten years, we've talked a lot about Gavin and Stacey - where they might be today and what their lives might look like. And so in secret, we took the plunge and wrote this one-hour special.

According to the BBC, the full cast will be getting back together for the special, including Mathew Horne and Joanna Page, who play Gavin and Stacey. Rob Brydon, Larry Lamb, Melanie Walters and Alison Steadman will also be back.

We can’t wait for Nessa, Smithy, Mick and Pam to bless our screens once again. If anybody can bring the nation back together, it’s Gavin and Stacey.