By The Manc
Albin Olsson / Wikimedia 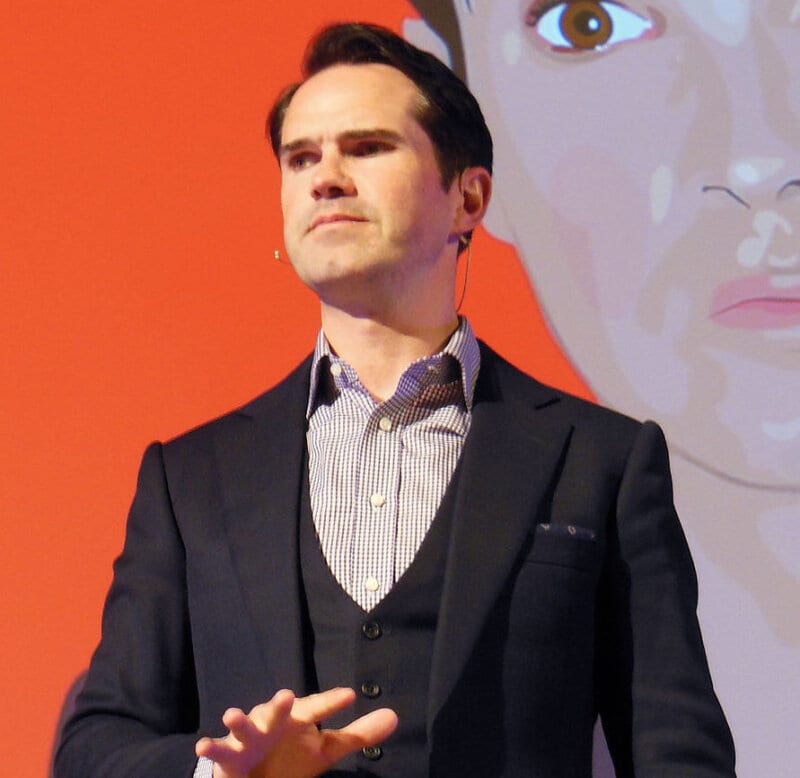 Jimmy Carr has come under fire for a joke he made during a recent stand-up show.

The comedian was performing at the Buxton Opera House earlier this week as part of his Terribly Funny tour, where he made the remark about dwarfism.

Carr is known for his controversial material, having previously broken broadcasting rules for another dwarf joke on the BBC, but now campaigners have had enough. 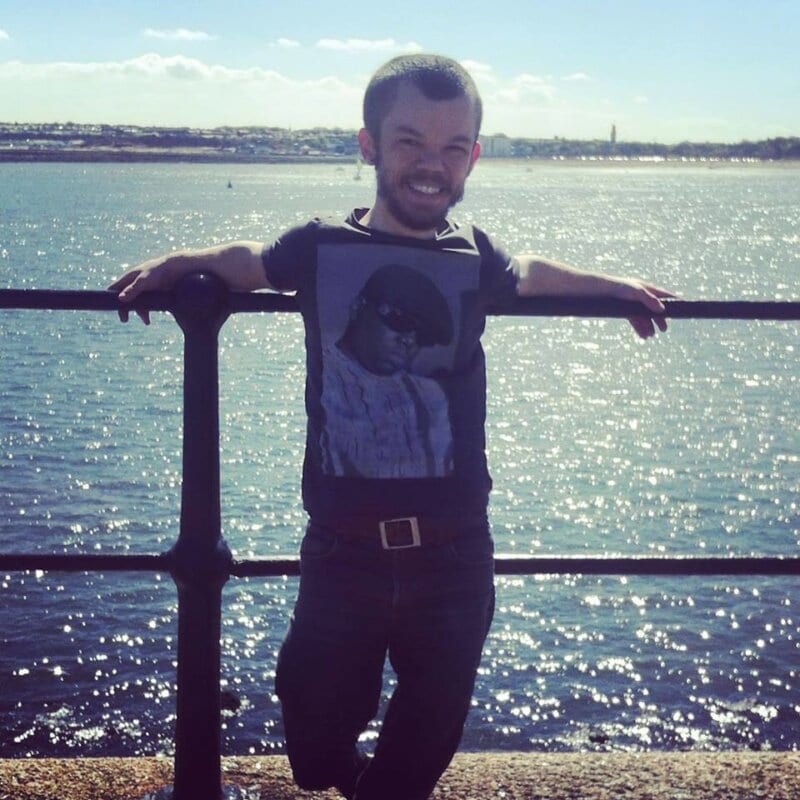 People online were quick to call out Carr for his joke, in which he asked the audience ‘is a dwarf an abortion that made it?’

Eugene Grant has restricted growth and campaigns with the Restricted Growth Association, a charity that supports people with dwarfism.

He shared a post online, slamming the TV personality and explaining how his words can have consequences.

So often, when I tell average height friends of the abuse that I - a person with dwarfism - and so many others just like me receive, almost daily, from strangers in the street, they react with incredulity. "I can't believe that happens!", they say, shocked. "*How* does that happen? How do people think like that? This. This is how it happens. Think of the work that so many of us do, day in and day out, to make the world a better place for people with dwarfism. Consider the resilience we are forced to instill in dwarf children; Think of how brazenly, proudly loving a different body and exuding value as a human being is an act of rebellion. Now consider a man like Jimmy Carr. 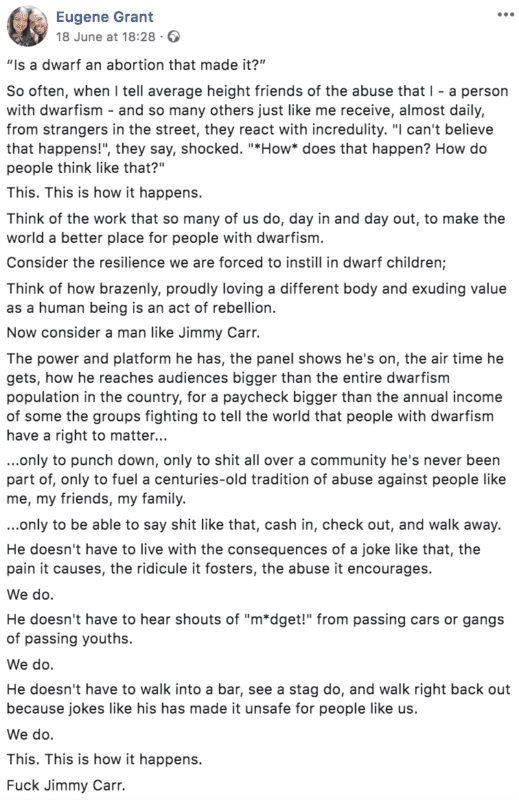 He went on to explain how Carr’s influence and power can negatively impact people when he makes jokes like this.

The power and platform he has, the panel shows he's on, the air time he gets, how he reaches audiences bigger than the entire dwarfism population in the country, for a paycheck bigger than the annual income of some the groups fighting to tell the world that people with dwarfism have a right to matter...only to punch down, only to shit all over a community he's never been part of, only to fuel a centuries-old tradition of abuse against people like me, my friends, my family… only to be able to say shit like that, cash in, check out, and walk away. He doesn't have to live with the consequences of a joke like that, the pain it causes, the ridicule it fosters, the abuse it encourages. We do. He doesn't have to hear shouts of "m*dget!" from passing cars or gangs of passing youths. We do. He doesn't have to walk into a bar, see a stag do, and walk right back out because jokes like his has made it unsafe for people like us. We do. This. This is how it happens. Fuck Jimmy Carr.

After sharing the post, he received many comments from people who agreed with his sentiments, with one saying she was 'so shocked and disgusted by this.'