By The Manc
Finlay Brockie 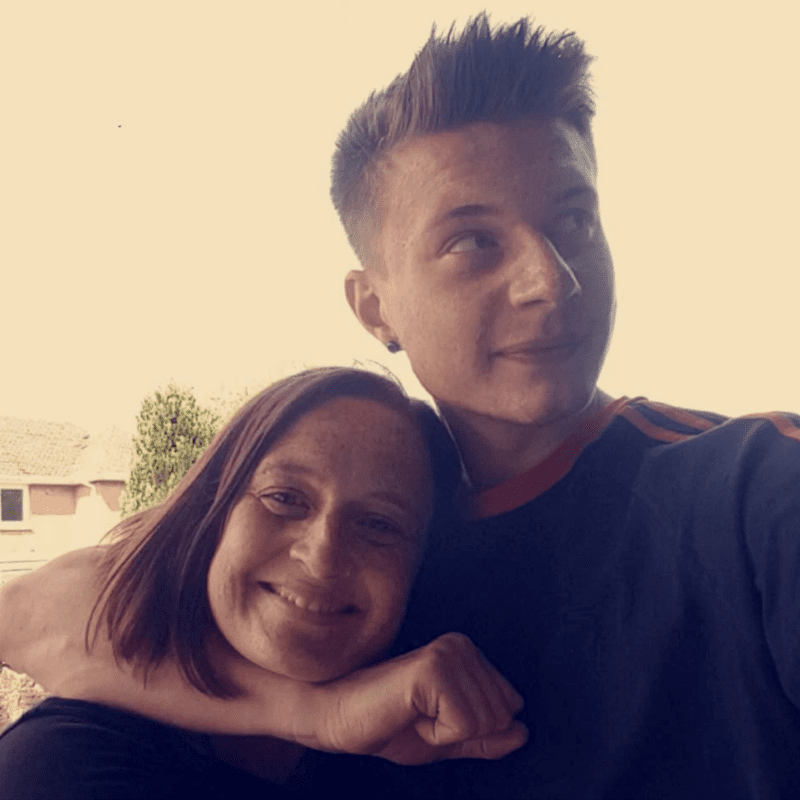 Our mams are constantly looking out for us, and you can always rely on them for some sound advice when needed.

One took this to the next level recently, however, and her hilarious rules for her son’s lads holiday to Magaluf have now gone viral.

Finlay Brockie, 18, posted his ‘maws rules fir maga’ on Twitter, including no tattoos, no unprotected sex, and denfitely no drinking before the flight.

His mam Lisa was worried about what he might get upto, so sent the extensive list of warnings to make sure he stays safe at the Spanish holiday resort.

Lisa, from Fife, begins by saying she’s ‘starting to stress about you going to Magaluf tomorrow’, adding: "I've been thinking about some words of advice."

Here are the rules in all their glory:

"2. Don't take your passport out at night for ID. Over the last month or so you've lost 2 provisionals, 3 door keys, bank cards, money and a wallet. You can't be trusted. I recon if you look over 12 in Maga u prob won't get IDd. If u lose it they wont let you home, which wouldn't be that bad but i only have a bout a tenner spending money.” 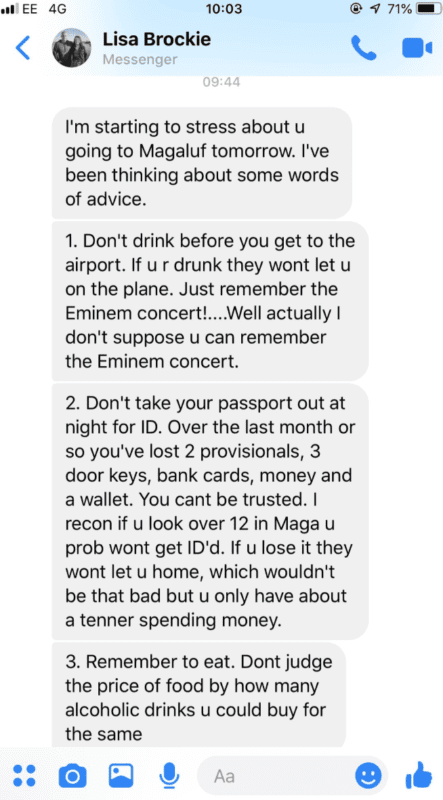 "3. Remember to eat. Don't judge the price of food by how many drinks you could buy for the same

4. If there’s a boat part or even a pool party, u just stay away. Mind that time u accidentally walked in to a pond and had to come home naked without a working phone?

"5. Don't get a tattoo... Or if you have to get one make sure it's on your bum so that when you're regretting it for the next 70 years, it's not such an obvious daily reminder of when u were an 18 year old twat.” 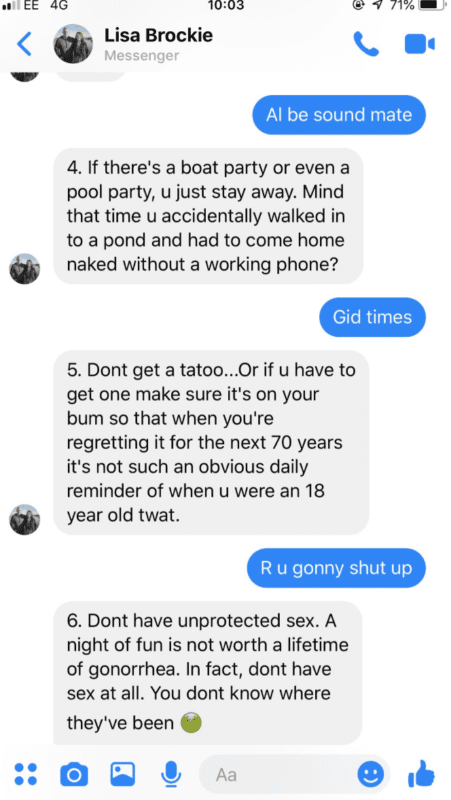 "6. Don't have unprotected sex. A night of fun is not worth a lifetime of gonorrhea. In fact, don't have sex at all. You don't know where they've been.

"7. Dont phone me for a chat when u r drunk. I will only worry. Even if one of our favourite songs comes on, if it's 3 in the morning I don't need a call from you shouting "YOU WILL LOVE THIS SONG LISA! LISTEN FOR THE BASS DROP!" I also don't need video called in the early hours to speak to randoms.” 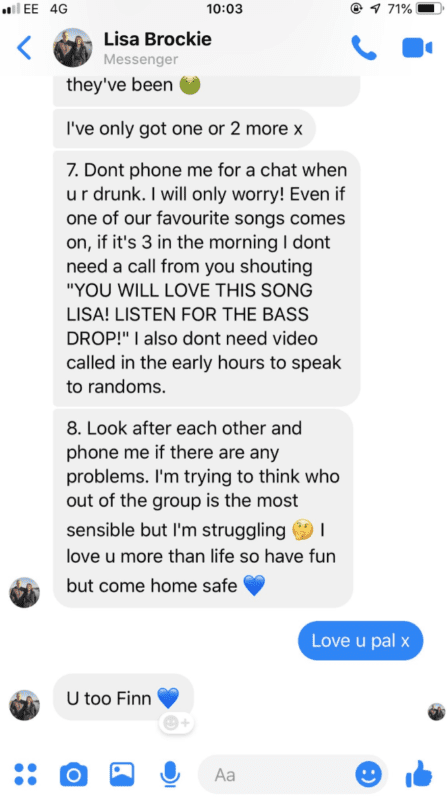 "8. Look after each other and phone me if there are any problems. I'm trying to think who out of the group is most sensible but I'm struggling. I love you more than life so have fun but come home safe."

He simply replies with ‘Love u pal x’, which gets him a ‘U too Finn’. What a great mum-son relationship!