Mum of lad whose chips, crisps and chocolate diet made him blind blames the NHS 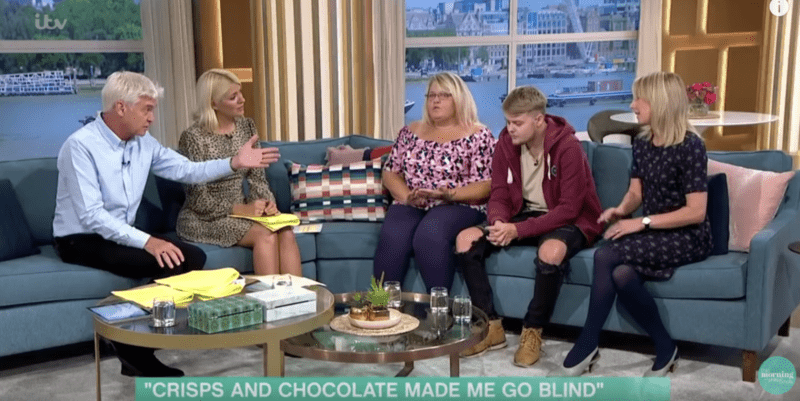 The mum of a young lad who went blind because of his junk food diet has blamed the NHS, saying they could have done more.

The teenager went blind after only eating junk food like Wotsists, Quavers, chips and chocolate from the age of two.

Now his mum has said the NHS should have given 18-year-old Harvey Dyer Vitamin A injections at an earlier point, which could have prevented him from losing sight in his left eye.

Kerry James says she ‘couldn’t have done any more’ to help her son, adding that she’s not a ‘bad mum’.

She told ITV's This Morning:

I've done everything. I know people say it's probably because I'm a bad mum and neglected him. I don't listen to any of that. I've fought for Harvey from the age of two and I'll continue fighting until he at least has that healthy balance of life. At the end of the day, he's our priority and I couldn't have done anymore. 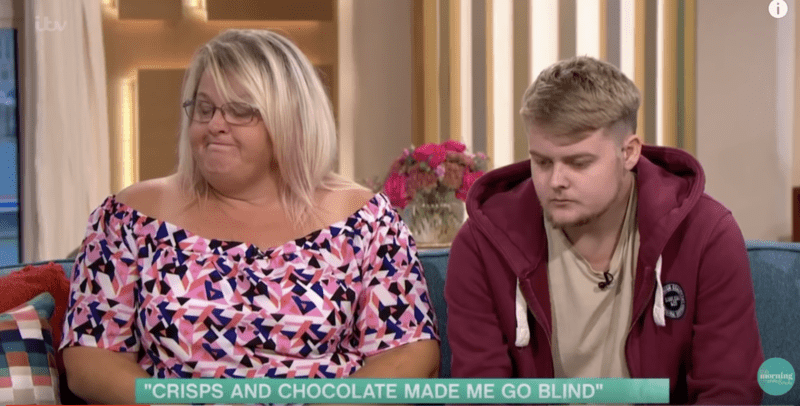 Harvey says there’s a ‘mental block’ in his head, adding that he loves food but can’t get it in his mouth - it's thought Harvey's autism makes him sensitive to certain textures.

According to Kerry, Harvey has ADHD and would vomit, sweat, cry and scream when offered other food. She took him to a doctor but couldn’t get her son to take medication or eat a better diet.

Kerry added: "It's not that he doesn't want to eat other foods - he really does. He has asked about hypnotherapy and we've been to eating disorder clinics."

Back in December, when we were told it was down to nutrition, we think if they'd done the blood test then and realised his Vitamin A was so low, they could have given him Vitamin A injections, then he could see a lot more out of that right eye and we could have saved it a lot better. Now we've just got to wait and see. We were offered the milkshakes and things like that, but at the time you weren't able to take it all. I think she said to him: 'You're getting older now, you need to take responsibility and eat these foods.'

A dietician from Leeds Beckett University, Ursula Philpot, agreed, saying Harvey should have been given vitamin and mineral injections, adding the family had an experience that ‘shouldn't have happened.’