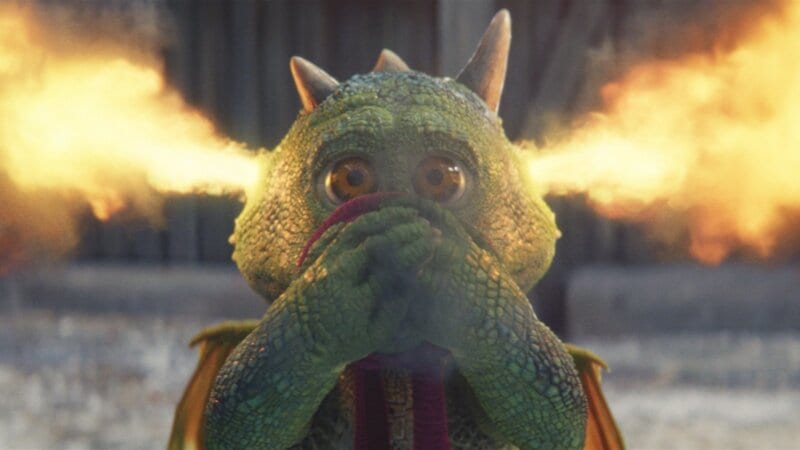 It's that time of year again when the John Lewis Christmas advert hits screens and people lose their sh*t in some way shape or form.

This year, John Lewis is counting on an excitable baby dragon called Edgar to win the heart's of the nation and he's doing a great job at it – kind of.

The campaign is fronted by a 10-year-old actor called Ruby – who had to act alongside a stick and plastic model in place of the animated Edgar, who was created using CGI – but there are some pretty strong reviews of the new film across social media.

Some people really don't like it, and took to Twitter to let their feelings be heard, with one person saying they'll be "f*cking sick of it in the morning" in a Tweet that probably reflects half of the country. I mean, the air time this advert gets is next level, let's be honest.

The John Lewis ad is basically a cute animal and the murder of a perfectly good song via an ethereal cover version every year and yet the country that produced Shakespeare and The Day Today still regards it as an important cultural event.

As a story, the latest John Lewis Christmas ad has no resolution. The dragon doesn't mean to burn stuff but causes damage. Sets fire to Christmas pud, as one does. Everyone happy. But what's to say it won't burn something else by mistake 3 mins later? #johnlewischristmasadvert

Don't understand John Lewis xmas ad or the ppl raving about it. Nothing has changed at the end - hasn't grown up or gone on a fire safety course - so just as likely to set house on fire. Esp as he's so excited at having finally done a useful thing #JohnLewisXmasAd #ExcitableEdgar pic.twitter.com/2sgDewwaXA

Nobody:
Fiat 500 Twitter when the John Lewis ad comes out: pic.twitter.com/83f0RCuoJg

Obviously, the advert has fans, in fact if we're being honest most people seem to like it. But those people also seem to be middle aged mums who love Frozen and don't care if it seems to have a similar plot to the Disney film...

John Lewis Christmas Ad got me crying yet again omg???

...unlike these people, who are just a few of MANY who are taking to social media to spew venom at JL for even contemplating a similar premise.

Frozen walked so the John Lewis Christmas ad could run

I don't like the John Lewis Waitrose advert, the story is awful, the music is awful & I'm fairly sure it's a ripoff of Frozen & possibly other things #UnpopularOpinion

Whatever you think about the John Lewis advert, it never fails to start a conversation, and that's exactly what they want! We take our hats off to them.