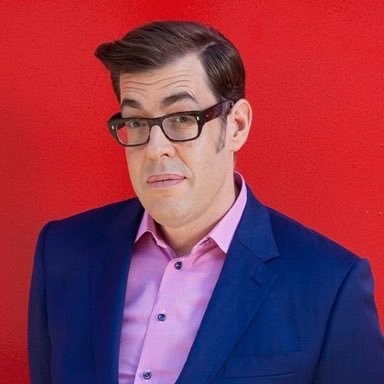 I’ve covered this before but for the sake of clarity I’ll go over it again - the question over where the North of England begins has well and truly been answered, owt south of Sheffield is the Midlands, end of discussion.

Not satisfied with this well established border, Richard Osman decided to kick the hornet’s nest and stoke up old tensions.

The Pointless presenter asked the people of Twitter to add their two cents over where the North and South of England start.

As you’d expect with something so sensitive, the debate quickly got heated.

Like a typical Southerner, Osman himself claimed the North starts at Gatwick, a place so Southern I can hear them running a baaarrrrrth from here.

The North begins at Stoke on Trent. Everything south of that is the Midlands. #iamright

According to Chaser Anne Hegarty the North starts at Stoke-on-Trent and everything below is the Midlands - for such a quiz genius that’s not a very smart answer to be honest.

Twitter user Andrew Baker posted a map of the historic divide between the archbishoprics of Canterbury and York as an indicator of the North-South line, and to be honest it’s fairly spot on.

And interestingly, the split between those that say breakfast, dinner and tea, and those that wrongly call it breakfast, lunch and dinner almost perfectly overlaps this map, as pointed out by Ben Allen.

You trying to start a war, Richard?!

Born in Newcastle, raised in Northumberland - everything south of the Tyne. ?

Born and raised in Cornwall/Plymouth, so the North starts just above Exeter ?. there is no south.

I was born and grew up in Devon. To me, the north began at Bristol.

Anything below Tebay is the South

Hi Richard. I’m from Edinburgh. For me, “South” begins to exist at Carlisle or Berwick. No political undertones at all, it’s just how I’ve always thought of it.

And some right ones:

Northerner. Anything south of Sheffield

As well as a non-scientific yet accurate barometer for working it all out:

The south begins where people wear coats on a night out ?

You could also argue the North starts where a Greggs appears on every other street.

So there you have it, it seems even in 2019 people are still very confused as to where the North begins. And the debate doesn’t look like ending anytime soon.