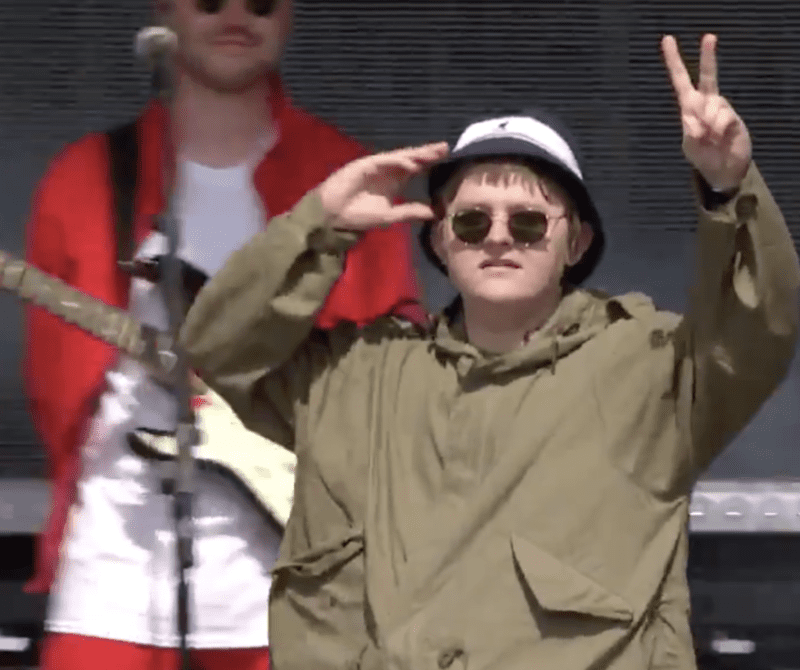 In case you missed it over the weekend, Lewis Capaldi ended his feud with Noel Gallagher with an absolutely epic Glastonbury entrance.

The beef started recently when Noel went off in an interview on Radio X, slating the state of modern music and singling out Capaldi. During the expletive-laced rant the Oasis star asked: “Who is this Capaldi fella? Who the fuck is that idiot?”

The Scottish singer then responded with a 22 post Instagram story. Posing next to a clip of the interview on his laptop the 22-year-old said: “Camaaan! Fuckin' Caman! That’s me, I’ve peaked, slagged aff by Noel Gallagher. It’s me. What a day. What a fuckin' day. Number 1 single? Who gives a fuck. Number 1 album? Who gives a fuck. I just got slagged off by Noel Gallagher.”

.@LewisCapaldi you big daftie.
You might wanna try and find some joy in your tunes you're destroying the youth..my 11yr old is in bits. pic.twitter.com/YBnZlVKSfU

In response to that, Noel hit back with a video on Twitter calling Capaldi a ‘big daftie’. He continued: “You might wanna try and find some joy in your tunes you're destroying the youth... my 11yr old is in bits.”

But now it seems that Lewis Capaldi has had the last laugh, after he walked out on stage at Glasto this weekend wearing a classic Oasis combo of a green parka and bucket hat, with the video of Noel asking ‘who is this Capaldi fella?’ playing in the background.

"Who's this Capaldi fella..?" ?@LewisCapaldi's #Glastonbury2019 entrance was INCREDIBLE ??

He then took off the parka to reveal a t-shirt with Noel’s face in a love heart on it, before starting his set to tens of thousands of fans.

The singer shared some photos of his time at Glastonbury 2019 on Instagram, rubbing further salt in the wounds by including a pic of him and Liam backstage - the Gallagher brothers are still not on good terms, with Noel recently calling Liam a ‘fat man in an anorak’.

And even Noel’s daughter Anais is Team Capaldi:

I want to be @LewisCapaldi when I grow up

Let’s see if Noel has any comeback for this, then...