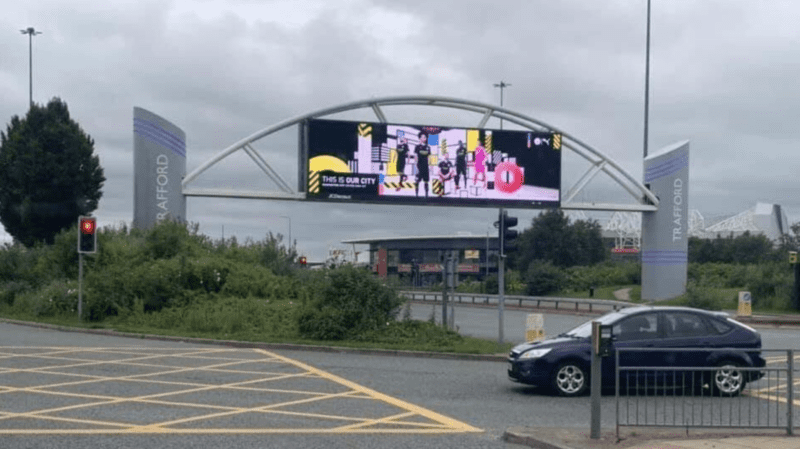 Manchester City fans are buzzing today after their beloved team revealed their new kit on a billboard right outside Old Trafford.

The domestic treble winners unveiled their new Puma-clad kit – which you can now buy – around Greater Manchester today, but it didn't take long for fans of both teams to notice one billboard in particular.

The now infamous digital advertisement is just a mere few hundred yards from The Theatre of Dreams, which can be found at the White City roundabout where Trafford Road and Chester Road cross.

And if the knife doesn't feel painful enough in the backs of Manchester United fans, the advertisement is accompanied by the words: "This is Our City".

City stars such as Sergio Aguero, Leroy Sane, David Silva and Ederson can be sign modelling the new City home gear – including their new Hacienda-inspired black away shirt. 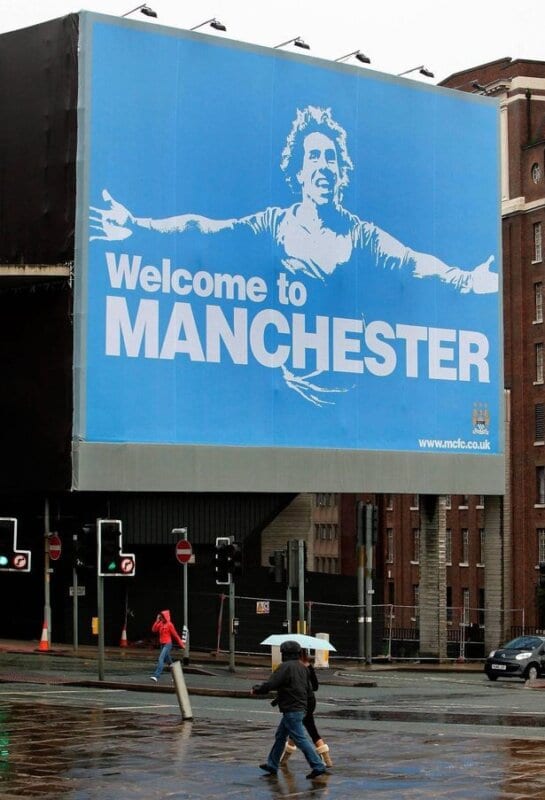 It's not the first time a Manchester City billboard has p*ssed off the red half of Manchester either. In 2009, Carlos Tevez accompanied by the words "Welcome to Manchester" was slapped on billboard on Deansgate following the controversial signing of the Argentinian star from the Red Devils.

However, if this does anything, it just makes us more excited for the 2019/20 Premier League season, which is now only five weeks away.