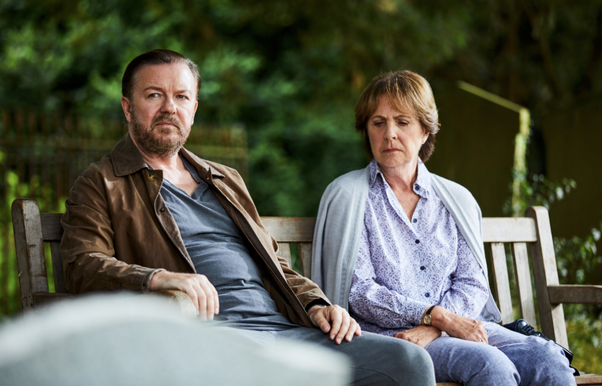 It’s safe to say Ricky Gervais is firmly back in the spotlight after his Netflix series After Life captured the hearts of a nation.

The dark comedy stars Gervais as a writer struggling to come to terms with the death of his wife, and if you haven’t seen it yet I suggest you head straight to Netflix tonight and binge it.

The series was a hit, and now fans don’t have to wait until series two - yes, it’s happening - for more from the comedy legend, as he’s touring his latest stand-up show very soon.

Gervais is hitting the road with his new show SuperNature this month, with a series of UK gigs including one at Manchester’s very own O2 Apollo.

The Office star will also perform in York, Oxford, Newcastle, Portsmouth, Bournemouth and Cardiff, and the UK dates will be followed by an international arena tour next year.

Tickets for my first few #SuperNature dates will go on sale next Friday at 10am. Oxford, Manchester, Newcastle, Portsmouth, Bournemouth and Cardiff.

He’s at the Apollo on Tuesday May 21st. Tickets go on sale Friday May 10th at 10am and are available here - if you’re an O2 Priority member you can get early access in a pre-sale starting Wednesday May 8th at 10am, you lucky devils.