The popular Stockport indie band will become Astley's backing band for a full set of The Smiths songs during the two intimate shows. 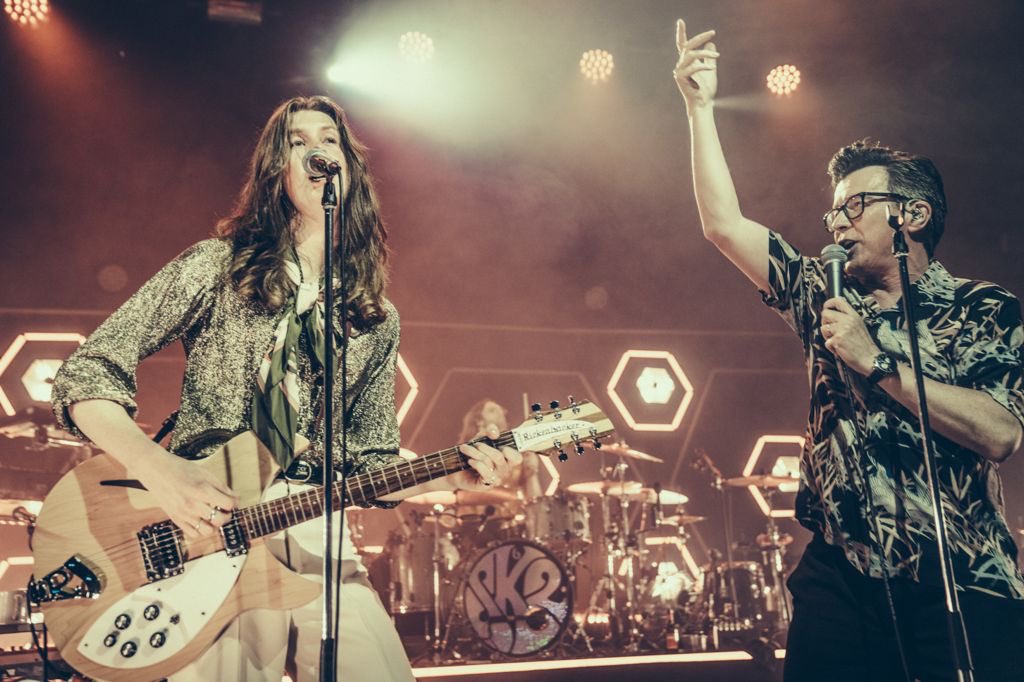 In news that seems to have rocked social media and got everyone on the Manchester music scene talking, Blossoms and Rick Astley announced this week that they’re teaming up for two special gigs next month.

And if that collaboration wasn’t odd enough as it is, they’re only going to be performing songs by The Smiths.

Performing at Manchester’s iconic Albert Hall on Friday 8 October, before a second show at London’s 02 Forum in Kentish Town the following day, the popular Stockport indie band will become Astley’s backing band for a full set of The Smiths songs during the two intimate shows.

The announcement of the two gigs comes after Astley joined Blossoms on stage during the first of their three nights at London’s Kentish Town Forum earlier this week.

Videos of the performances have been racking up millions of views on Twitter.

“We’re going to do some songs by one of our favourite bands with a friend of ours from the North West, welcome our friend Rick Astley,” Blossoms frontman Tom Ogden said before they tore into The Smiths’ classics Panic and This Charming Man with Astley on vocals.

Later Tom also played an acoustic segment of Astley’s classic Never Gonna Give You Up.

Despite it seemingly being pretty hard for people to wrap their heads around the collaboration, with Blossoms themselves even admitting “we’ve had wilder dreams, but not many”, it makes a little more sense when you realise that Astley – who shot to fame in the 80s, but has also enjoyed recent success with his 2016 album going to number one – is a self-confessed The Smiths superfan.

In an interview with Rolling Stone magazine in 2016, Astley promised to one day perform a set of just The Smiths songs in Manchester because he “absolutely loved them”.

However, he predicted that he would “probably get lynched for it”.

Speaking on the announcement of the unlikely collaboration, Blossoms’ frontman Tom Ogden said: “The Smiths have always meant so much to Blossoms, with even their rainiest songs complete with wry humour and soul-reaching musicianship and melody.

“Imagine backing Rick Astley to play the songs of The Smiths?

“We’ve had wilder dreams, but not many.

“We’ll barely be able to believe it until it happens, but the dates are set, we’re studying every note, line and beat to say ‘thank you’ to The Smiths alongside Rick and do both of them proud.”

Rick Astley added: “From the moment The Smiths emerged in 1983, I was hooked and it’s as a fan, with deep respect as a musician for Morrissey, Marr, Rourke and Joyce, that I’ll be joining the endlessly enthusiastic and talented Blossoms on stage to sing their songs.

“It’s no secret that it’s been an ambition of mine to turn an idea that first sounded crazy, making more sense as Blossoms and I talked about it and then rehearsed it, into a reality.

“These shows will be nights that I’ll never forget.”

Tickets for both shows happening next month are now on sale here.