The raids were part of 'Operation Heartwood' - which targets the supply of drugs across the North of England. 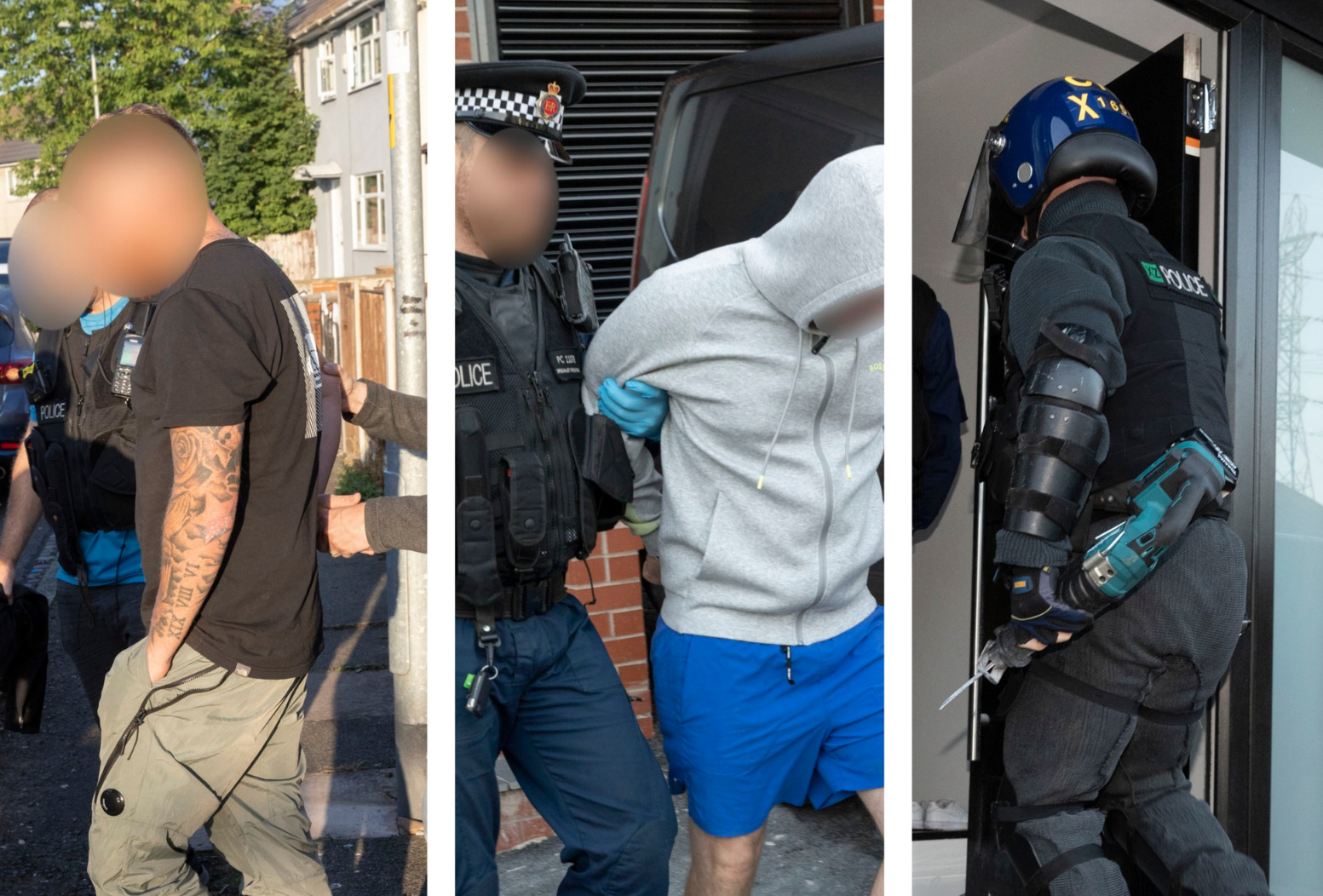 10 people have been arrested and around £30,000 cash has been seized during a number of early morning drug raids across Greater Manchester and the North West.

In what is as part of the ongoing ‘Operation Heartwood’ – which targets the supply of drugs across the North of England – Greater Manchester Police (GMP) has this week confirmed that officers broke down the doors of 13 properties in Middleton, Heywood and North Manchester, as well as in Lancashire and West Yorkshire.

The raids were said to have taken place at 6am on Wednesday (27 July).

During the successful raids, a total of 10 men, all between the ages of 34 and 54, were arrested on suspicion of conspiracy to supply Class A drugs.

They were taken into custody, where they remain for questioning, GMP confirmed.

“Operation Heartwood was launched in response to intelligence received about an organised crime group based in Middleton, who we discovered to be running a large scale drugs conspiracy from several addresses in the area [and] as a result of the investigation, three people have already been arrested and subsequently charged with drug supply offences and we will continue to work until every member of this crime group is brought to justice.

“As well as the arrests made, we also seized approximately £30,000 in cash, as well as high value jewellery and a cash counting machine.”

“I hope these arrests will reassure the public that we are committed to making our local communities safer for everyone by disrupting this type of serious criminality,” he continued.

“We understand the impact that drug dealing has on our communities and it won’t be tolerated.”

GMP says it welcomes and relies on information from the public “to help us to disrupt crime”, so anyone with any information is encouraged to contact 101, use the Live Chat facility here, or alternatively, contact Crimestoppers anonymously on 0800 555 111.