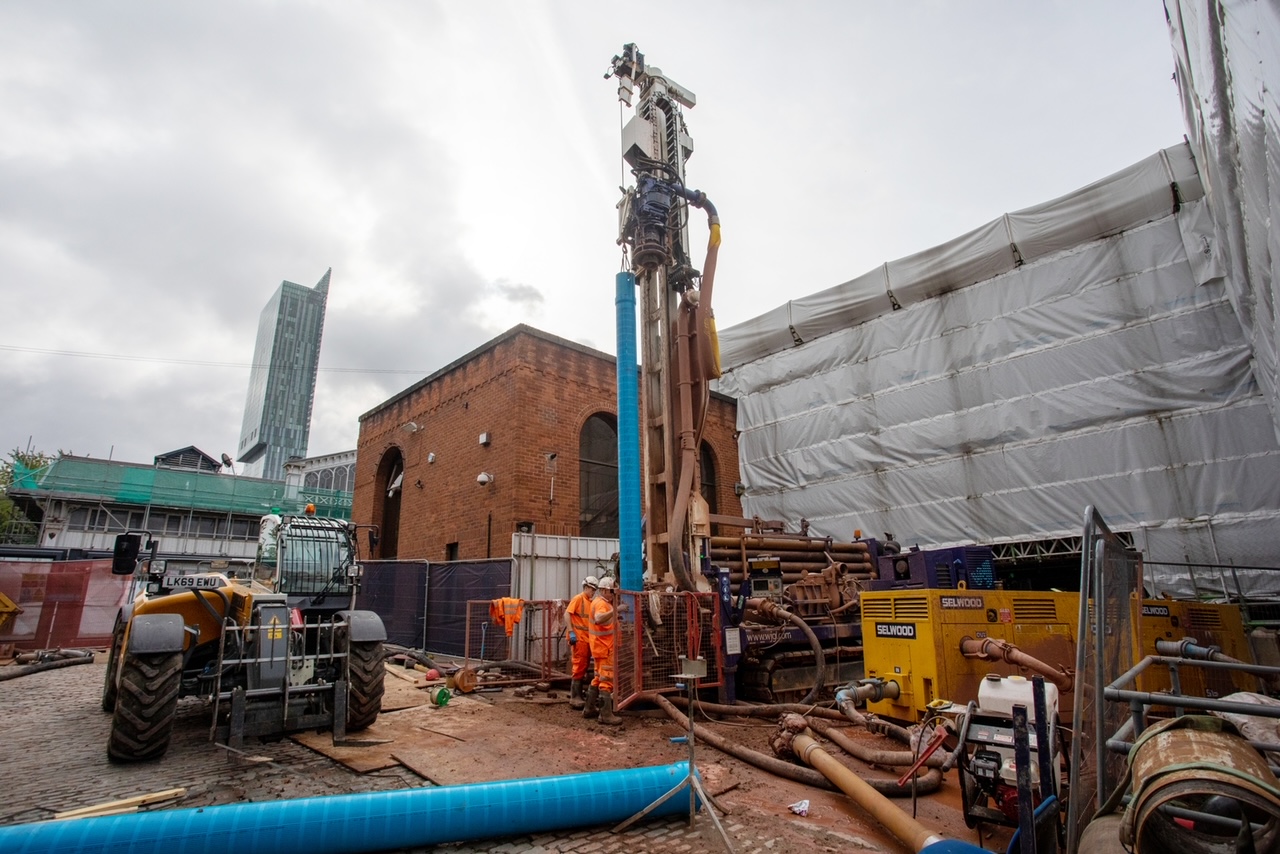 A whopping 515 tonnes of carbon is saved right here in Manchester each year thanks to a “visionary” decarbonisation scheme.

Manchester’s very-own Science and Industry Museum is currently delivering a sector-leading programme of decarbonisation across its city centre site that is “harnessing green technology” to heat its historic spaces, and the project is aiming to place zero carbon technologies at the heart of the visitor experience, all while creating a sustainable museum for the future.

The museum says this has been made possible thanks to a £4.3 million award from the government’s Public Sector Decarbonisation Scheme.

So, how did this revolutionary scheme begin then? And how does it work?

Well, in the 1800s, a well was constructed in the lower ground floor of the world’s first railway warehouse -the museum’s Grade I-listed 1830 Warehouse – to harness the power of the ground water, and this natural resource is now being utilised by the installation of a new water source heat pump network, which includes boreholes.

The water will then be extracted and directed to the 1830 Warehouse and Power Hall down a network of pipes, where the ground source heat pump will use the water to heat the buildings.

The museum says a painstaking exercise of temporarily removing the listed cobbles is currently underway, allowing for pipes and cables to be fitted in new trenches underground, and that all the work on this historic site is being delivered with care and attention by working with specialists to ensure that the heritage of the buildings and the public spaces are preserved.

Other environmental measures currently being undertaken at the museum include a new electric boiler, and upgrades to the Power Hall roof and windows – including fitting a sustainable form of insulation, which is the size of a premiership football pitch.

All the work the museum is delivering aims to save 515 tonnes of carbon per year, site wide.

“This is a visionary project where the original and modern meet,” explains Sally MacDonald – Director of the Science and Industry Museum.

“We want to create a sustainable museum for the future and inspire our visitors, the future generations of engineers and innovators – with the story of the next industrial revolution, powered by green energy.

Edward Clark – Programme Manager at Salix – added: “”We are extremely excited about the project works taking place in the Science and Industry Museum, including the series of building upgrades taking place in the Grade II listed Power Hall [and] the installation of a new substation is a key milestone within this project, which results in increased carbon savings.

“The new green technology will be on display in the Power Hall for visitors to see alongside the Historic Working Machinery.”