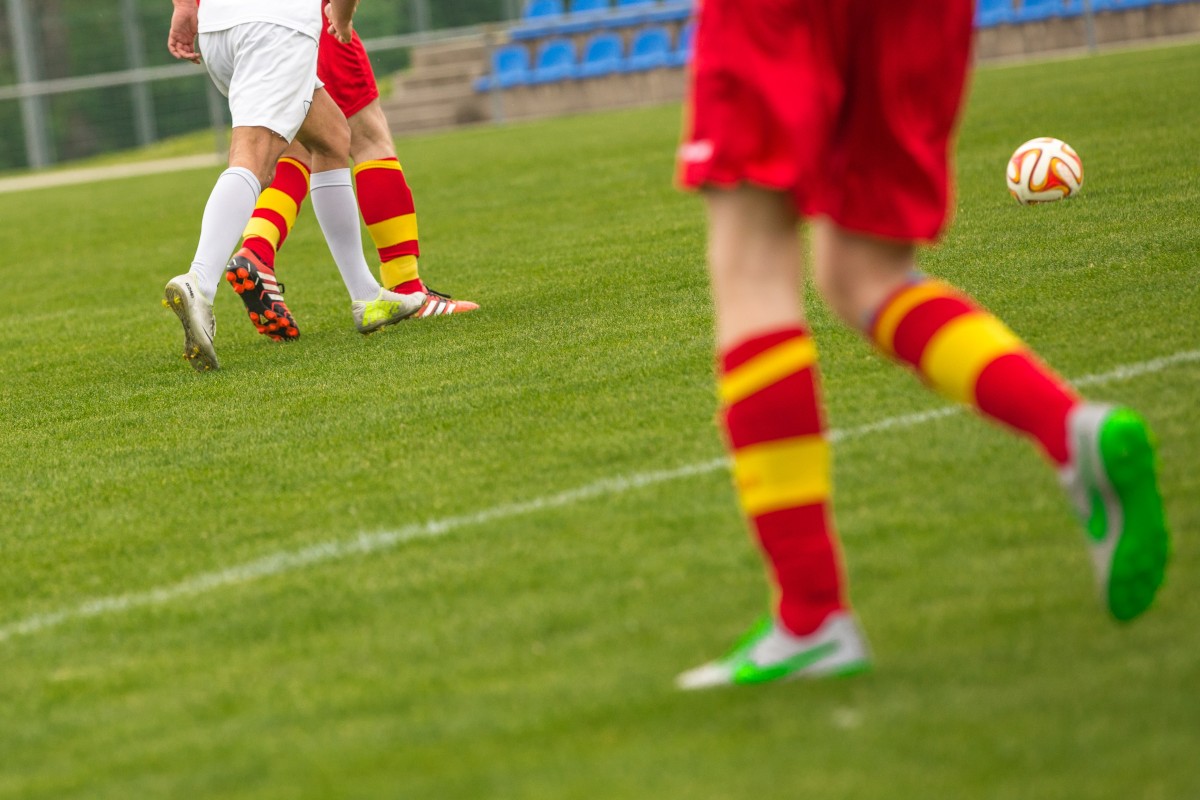 Considering Manchester’s a city obsessed with football, surprisingly, it’s not always the easiest place to find somewhere good to watch the match.

We’ve been inundated with messages asking us where to go this summer, so we’ve knuckled down and done the leg work for you – digging out some of the best spots in Manchester to watch the football outside (and in) this summer.

Keep reading to find out where you should be booking for all the upcoming fixtures. This piece will be regularly updated as new information becomes available.

This Castlefield gastropub has it all: canal-side dining, plenty of outdoor seating and loads of big screens for showing the football. With room for 250 outside alone (and that’s not including the balcony), there’ll be plenty of space for fans to watch the action, weather permitting. If the heavens do open, there’s room for another 300 inside.

Binary Bar is a reliable spot for sports fans in Castlefield, showing all the sports fixtures this summer – footie included. As well as a good selection of pints and a classic cocktail menu, they’ve also got a kitchen service up burgers, pizzas, wings and wraps.

With it proudly being Manchester’s “home of the Euros” and also owned by the Class of 92, naturally, you’d expect Old Trafford’s Hotel Football to be showing all the important matches this summer. They’ll not only be screening games live, with tickets priced at £10, but two drinks are included in the ticket price, and you can also bag a table to eat for an upgrade.

The hotel’s in-house venue, Cafe Football, is also going going all out for the Euros with six-pint beer towers and sharing platters sporting a selection of dishes from competing countries. They’ll be screening all the Euro games live, with packages priced from £24 per person.

If you want to enjoy the beautiful game with a view, then you’ll want to head up to the Podium Lounge and Bar at The Hilton this summer, They’ll be screening the Euros from on high, with pints, cocktails and nibbles available from the bar.

The Brotherhood of Pursuits and Pastimes

With a couple of tables left open for walk-ins, this Mount Street sports bar is a decent shout if you’re looking for somewhere to catch the game last minute. Bringing the inside out, all outdoor seating comes with a guaranteed good view of a TV screen. What more do you want?

The Crown and Anchor

This popular family-run pub on Hilton Street will be showing all the football fixtures this summer, Euros included. Grab a seat in its cute little enclosed courtyard beer garden or up on the roof terrace, and load up on homely grub from the kitchen – washed down with some of the city’s most reasonably-priced bevs.

Sporting events company 4TheFans will be taking over Event City this summer, building a dedicated, Covid secure Euros Fan Park in Trafford to enable fans to gather together to watch the games safely. Events will adhere to government guidelines until 21st June.

This beer bar and microbrewery on First Street has some lush beers on draught, many pumped straight out of the brew tanks in its cellar, and decent grub too. They’ll be showing all the football this summer, but to secure a table you’ll need to book by email.

Offering a strong selection of craft ales, beers and ciders, The Dockyard at Media City will be screening all the Euros fixtures this summer. Advance bookings are recommended.

Considering it’s owned by Gary Neville and Ryan Giggs, it’d be remiss of the Stock Exchange Hotel not to screen the Euros this summer. Luckily, we have it on good authority they will be doing just that in their private event space, The Vault, which is already fitted out with six large TV screens so “you won’t miss any memorable moments”.

Packages start from £49 including food and drink by The Bull & Bear, and you can grab your tickets here.

Impossible MCR made quite a name for itself as a football lovers destination during the 2018 World Cup – and looks set to repeat history again this summer. They’ll be showing the Euros outside on their huge outdoor terrace this summer, with plenty of big screens to make sure everyone gets to see the action.

Massive new Manchester beer garden O’Sheas will be showing all the football fixtures this summer, accompanied by one of the best pints of Guinness in the city. The venue is currently staggering booking slots, with the next block set to be released on May 17th.

With an extensive, American-inspired grill menu and some great drinks deals, The Shack in the Northern Quarter is always a popular choice for watching the football. With a decent sized beer garden in prime position for an outdoor screen, this tucked away spot is a decent

With capacity for 200 people, this Northern Quarter nightclub will be showing most games from June 21st. Newly opened at the end of 2019, it’s housed in the former Texture site on Lever Street.

Manchester’s only virtual shooting range, Point Blank has quite a swish cocktail menu as well as a good selection of beers and spirit mixes. The venue will be showing all the Euros matches on big screens in its bar from June onwards.

Just a stones throw from Doestones reservoir, this Saddleworth pub has a huge outdoor area and will be putting up screens this summer to show all the football matches.