New additions include Sugo Pasta Kitchen in Sale, saucy sandwiches from Mira and a new sushi spot in Prestwich. 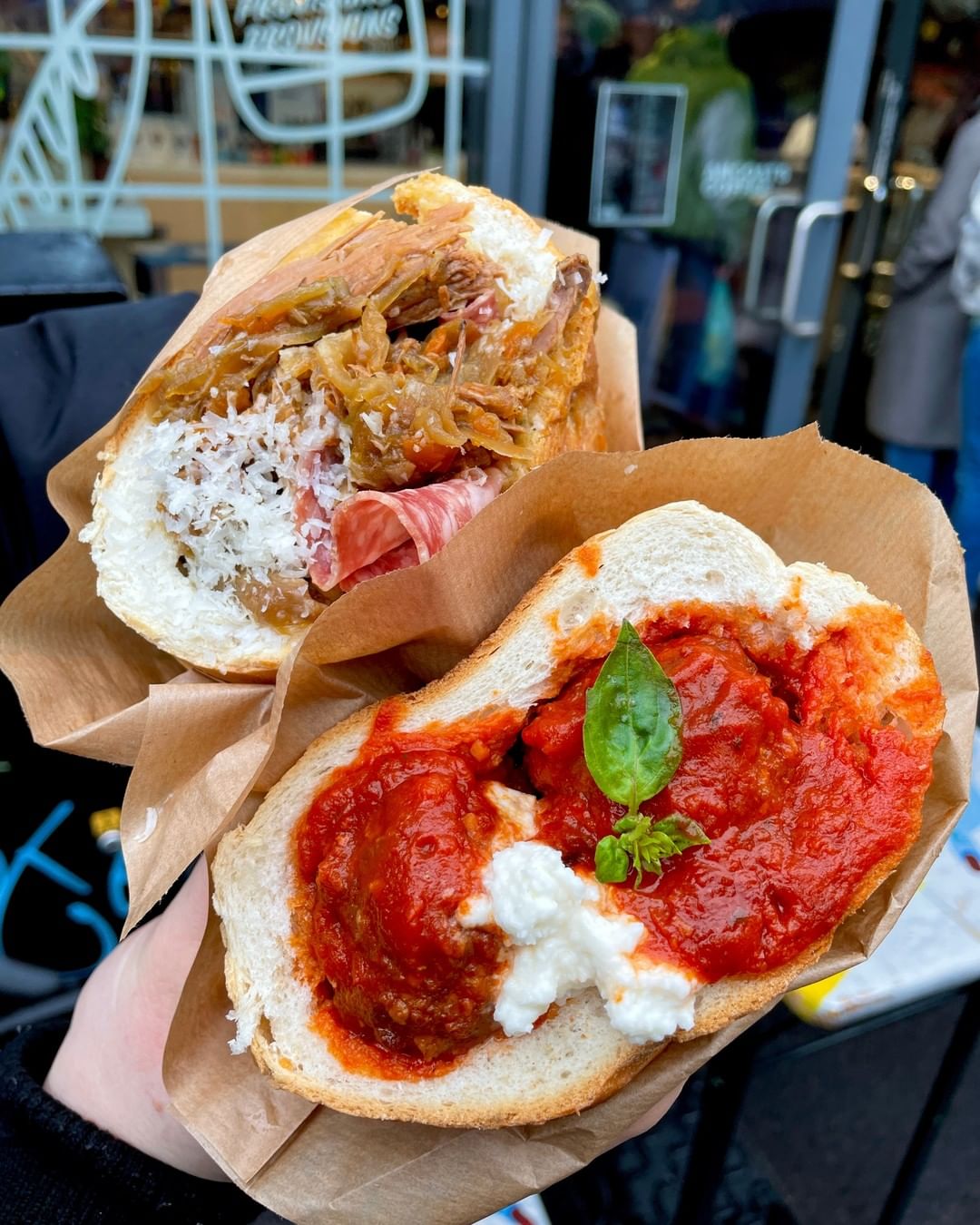 This May, we’ve got some cracking new additions on Deliveroo in Manchester, making it harder than ever to choose what to order for your cheat day takeaway.

To make it a bit easier on you, we’ve broken down all the newcomers by borough and picked out a few new stand-outs we think are well worth a try if you feel like switching up your usual order.

From saucy Neapolitan sandwiches to Chinese lettuce wraps, huge sushi platters, burgers and more, keep reading to discover the best new additions to Deliveroo this May.

What does it serve? These saucy sandwiches are a Napoli staple, and after just one year of having them in Manchester, we no longer see how we’d do without. A natural evolution of the simple act of tearing the end off a loaf of fresh bread to scoop up some ragu, the Cuzzetiello might be crude but it’s also incredibly satisfying.

What does it serve? Dim sum, bahn mi and pho all feature on the fusion Asian menu at Hello Vegan, alongside curry with tofu, holy basil fried rice, sides of pak choi, choi sum and green beans, plus a range of bubble teas. Housed inside the new Circle Square development, this is a one-stop shop for any healthy vegan takeaway needs.

What does it serve? Burgers, fries, milkshakes. From a Cheetham Hill carwash to a multi-million-pound burger empire, the success story of Archie’s is one of Manchester’s best. As are their burgers. Made fresh daily and all completely halal, there’s a burger (and a milkshake) for every occassion.

What does it serve? Fresh pasta dishes, bruschetta pugliese, Swaledale lamb and pecorino meatballs, tiramisu. This is the third site for the excellent Sugo, already well-established in Altrincham and Ancoats.

What does it serve? Open for takeaway only, this Asian fusion and fresh sushi spot in Prestwich is a welcome new addition to the area. As well as all your sushi favourites (maki, nigiri, sashimi, temaki etc) you’ll also find poke bowls, tacos, bao buns and mains like katsu, teriyaki, miso cod and crispy chilli chicken.