The Prime Minister has announced plans for scheme he hopes will "turn generation rent into generation buy". 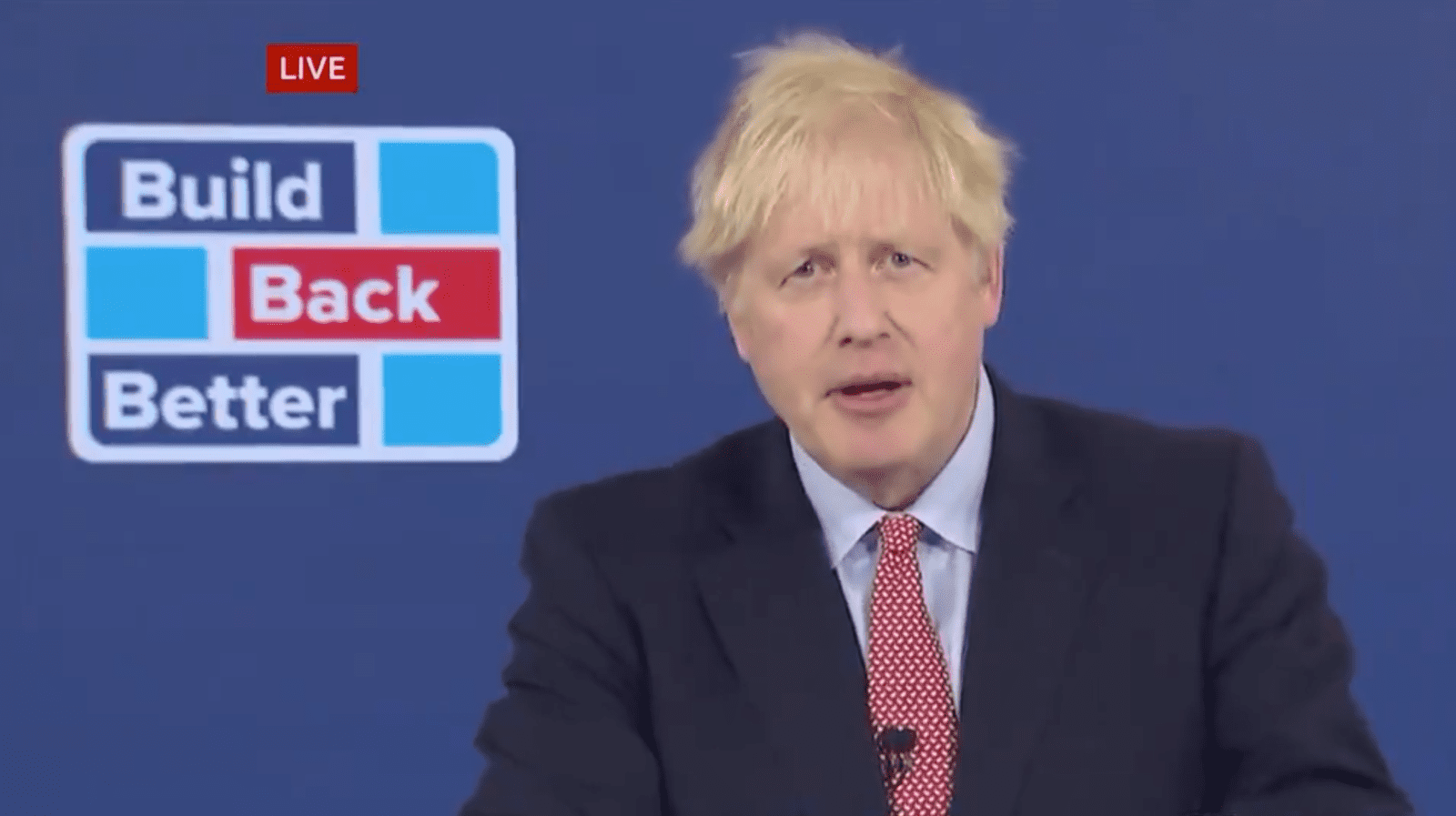 Boris Johnson has announced plans for a scheme in which he hopes will “turn generation rent into generation buy” through 5% mortgage deposits for first time buyers.

The Prime Minister made the announcement at the Conservative Party’s virtual conference today.

Mr Johnson reiterated his election manifesto promise to encourage a new market in long-term fixed-rate mortgages and indicated that the plan would help to create two million new homeowners in the UK, but did not offer significant information as to how this would be carried out.

In his speech, he said the Tory party needed to “fix our broken housing market” by working with leading experts to help young people who struggle with deposits get their foot on the property ladder.

But added that: “These reforms will take time and they are not enough on their own”.

He went on to acknowledge that home ownership among young people had plummeted, and promised to change the planning system to allow for what he claims is the biggest expansion of home ownership since the 1980s.

The Prime Minister said: “We need now to take forward one of the key proposals of our manifesto of 2019: giving young, first-time buyers the chance to take out a long-term, fixed-rate mortgage of up to 95% of the value of the home – vastly reducing the size of the deposit and giving the chance of home ownership – and all the joy and pride that goes with it – to millions that feel excluded.

“We believe that this policy could create two million more owner-occupiers – the biggest expansion of home ownership since the 1980s.

The Prime Minister also claimed in his speech that he would “transform the sclerotic planning system”, which would make it quicker and easier to build new homes.

Today’s announcement follows on from the 2019 Conservative Party manifesto which pledged to: “Encourage a new market in long-term fixed rate mortgages which slash the cost of deposits, opening up a secure path to home ownership for first-time buyers in all parts of the United Kingdom”.

In response to the Prime Minister’s speech, Angela Rayner – Deputy Leader of the Labour Party – said: “The British people needed to hear the prime minister set out how he and his government will get a grip of the crisis.

“Instead we got the usual bluster and no plan for the months ahead.

“We end this Conservative conference as we started it: with a shambolic testing system, millions of jobs at risk and an incompetent government that has lost control of this virus and is holding Britain back.”