There’ll be hand sanitiser stations, over one hundred wash basins and a welcome team in place upon reopening. 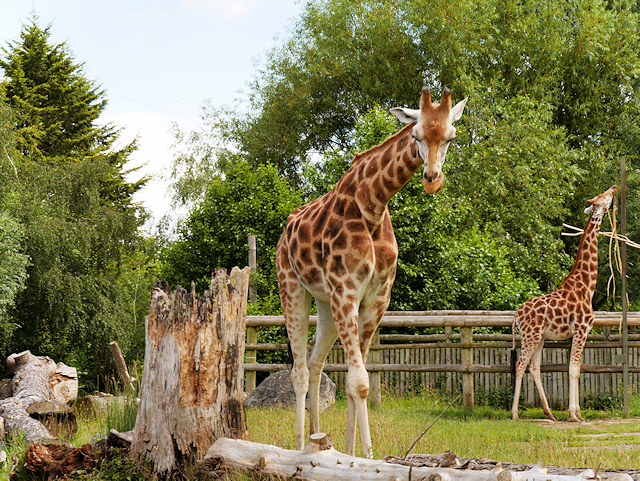 With all the recent pandemonium, Chester Zoo staff had almost forgotten they had a birthday coming up.

The UK’s biggest charity zoo turned 89-years-old on Wednesday, but instead of ordering cake and party decorations, employees were busy frantically trying to find ways to keep the venue alive.

It was a birthday that almost didn’t happen. But now it’s one they won’t ever forget it.

June 10 will forever be the date Chester Zoo was saved by the skin of its teeth.

“Our birthday really crept up on us this year, because we were so busy thinking about whether we were going to survive,” Chester Zoo COO Jamie Christon tells The Manc.

“We were worried it was going to be our last birthday ever.”

It was mighty close, but they made it.

On Monday, Chester Zoo will be opening its doors for the first time since March.

The UK’s biggest charity zoo had originally been instructed to remain closed “indefinitely” due to the coronavirus pandemic, leaving the zoo “fearing for their future.”

This led to the launch of the #SaveOurZoo appeal, which asked the public to help raise a whopping 1.6 million per month to maintain running costs.

Incredibly, donations toppled the £2.5m mark in a matter of days. Petitions were signed all over the world to keep the zoo open, and a generous offer also came in from frozen supermarket chain Iceland to adopt all of the venue’s Humboldt Penguins.

This surge of support coincided with a dramatic government u-turn – and this week, Chester Zoo was given the green light to welcome back guests from 15 June.

“Perhaps next year when it’s our 90th birthday.”

“We’re absolutely bowled over by the fact the government has changed its mind.

“Up until earlier this week, the messages suggested it could be July, August, September or even October before we could reopen – which would have been catastrophic for us.”

But the hard work hasn’t stopped yet. There’s plenty more to do. And things will be a little different around the zoo to start with.

“For us, the main thing is controlling capacity and numbers coming into the zoo,” Jamie explains.

“Normally on a day like today we’d be welcoming about 10,000 people into the zoo. We’re going to scale the capacity right back to 3,000 to start with and guests will need to book online.

“There’ll be hand sanitiser stations around the zoo, over one hundred wash basins to keep hands clean, and a welcome team in place to make sure people are adhering to guidelines and protecting themselves, as well making sure they’re having a great day out.

“The indoor exhibits will be closed, but there’ll still be more than 16km of footpath and beautiful gardens for people to walk around and see all the animals out in their respective habitats.”

Despite the limitations, Jamie emphasises the zoo is still ready to offer people a fantastic visitor experience.

“The priority for us is making sure our visitors, our staff and our animals are all safe,” he says.

“The gift shop at the front of the zoo will have to remain closed, but kiosks will be serving and we’ve got a large outdoor 400-seater restaurant which will be open too.

“People will still be able to buy food and drink or bring their own picnic in. We’ve opened some additional green space around the zoo to allow people to spread out and enjoy their lunch whilst they’re here.”

However, with funds severely depleted after months of no income, Chester Zoo is still relying on support from anyone who can provide it.

“Even though we’re reopening, we’re only set to bring in a quarter of what we usually would around this time of year,” explains Jamie.

“So, there is a need for more fundraising.

“We’re asking people to donate, take out a membership at the zoo, adopt an animal; anything like that would really help us.

“To anyone who has already donated, our message is a massive ‘thank you’.

“We don’t get funding normally, so we’ve just had to continue with the reserves we’ve got. Without those pounds that people have been giving us, we might have disappeared.

“As it stands, we have a lifeline.”

Chester Zoo staff won’t be the only ones happy to see guests returning, either.

The animals will, too

“Some of the more social species such as primates have been aware of a lack of people,” Jamie tells us.

“When I’ve been walking around the zoo they tend to come to the edge of the habitat and wonder what you’re doing.

“I’m sure some of them have missed interacting with people.

“We’re never going to give up on animal welfare or high standards.

“We’ve got about 600 staff here at Chester Zoo, about two-thirds have been furloughed and the ones who’ve remained are primarily our keeping staff who make sure all 35,000 animals here are well looked after – as is our huge plant collection.

“Even though the gates are closed and we haven’t been making any income, we’ve still been doing the same as we always do.”

Finally, Jamie wants to extend his gratitude to everyone who has done their bit to protect the zoo from extinction.

“It’s all down to those people who have written to their MPs, signed petitions, donated to us who’ve shown there’s huge love for us – and other zoos in the UK.

“We’re not a sector that can stay shut.

“We’re doing great things for conservation around the world and that needs to continue.”

You can learn more about supporting Chester Zoo here.