"The Club has launched an immediate investigation and once identified, the individual responsible will be issued with an indefinite stadium ban." 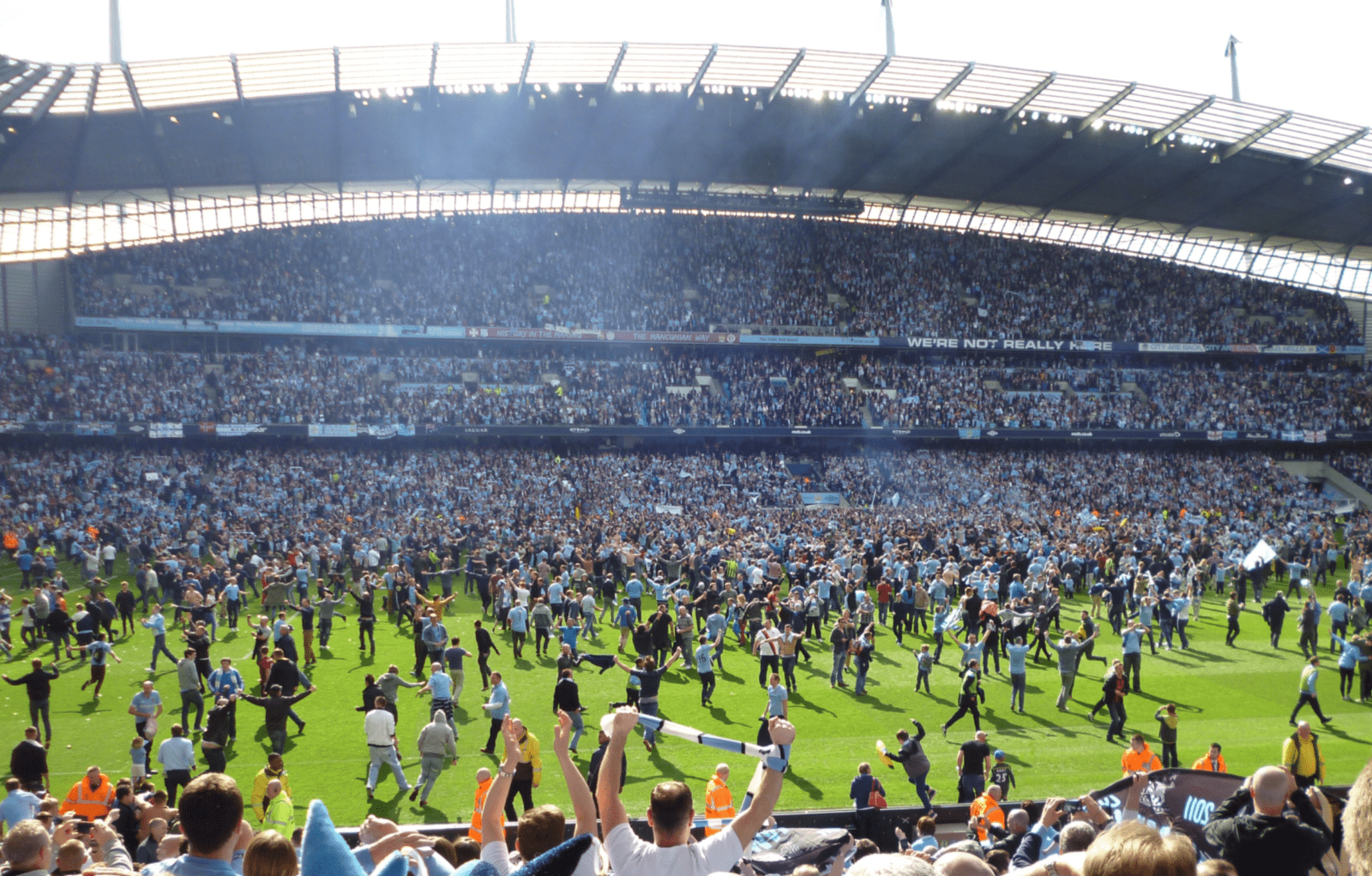 Manchester City has issued an apology statement after the Aston Villa goalkeeper Robin Olsen was assaulted at the Etihad Stadium.

The incident occurred yesterday afternoon shortly after Manchester City made the impressive comeback on the final day of the season from being 2-0 down, to scoring three goals in the second half, and clinching the coveted title of 2021-22 Premier League champions.

Once the final whistle had been blown, excited fans then began to flood the pitch to celebrate the victory.

Video captured by television cameras and by members of public present at the stadium shows Robin Olsen being touched or slapped on the back of the head by one fan and pushed by another, before a third man apparently hits him in the face – although it is said to be unclear whether it was intentional.

Commenting on the incident after it occurred, Aston Villa say Olsen did take a “bang on the back of the head”, but that he is “completely fine”.

Aston Villa say they regard the matter as closed, and will not be making a complaint.

“The Club has launched an immediate investigation and once identified, the individual responsible will be issued with an indefinite stadium ban.”

The FA has also issued a statement following the incident, and said it will also be investigating, adding that it was “very concerned about the rise in anti-social behaviour from fans as we reach the end of the season”.

The statement continued: “Clubs play a vital role in addressing this issue and they need to prevent pitch invasions from occurring, as well as taking their own action against those that break the rules and the law [and] the FA will be seeking to do all that it can to work with clubs as well as addressing the issues from a disciplinary perspective.”

In the latest update on the continuing situation, Greater Manchester Police (GMP) has this morning confirmed via a statement that “enquiries are ongoing” following the report assault of the opposition team’s player.

“Officers working in partnership with both football clubs,” the police force said.

GMP did however confirm in its statement this morning two other football fans have been charged following Manchester City’s Premier League game with Aston Villa at Etihad Stadium yesterday.

Both have been bailed ahead of the court appearances.