By The Manc
LA Galaxy 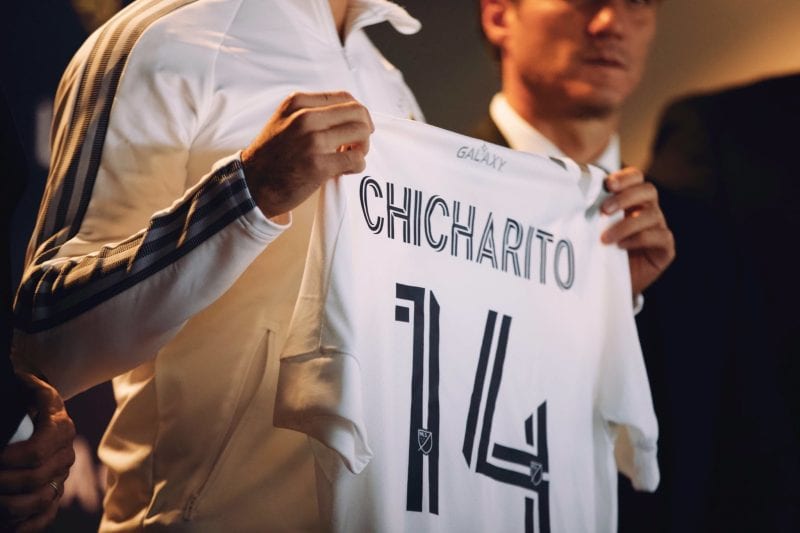 Manchester United legend Javier Hernandez was in tears this week in a video released online during a phone call with his parents.

The striker completed his move to LA Galaxy from Sevilla to become the highest-paid player in the MLS which also came with a three-year contract.

However, in the aforementioned video, the Mexican talisman shows just how passionate he is about his time playing football in Europe, when he breaks down in tears over the idea of leaving the continent behind after so long.

Chicharito came to the Premier League back in 2010 when he made his dream move from Guadalajara to Manchester United before quickly becoming a fan favourite, scoring 37 goals in 103 league games.

He left the club a legend to join Real Madrid on loan in 2014 where he enjoyed a good spell, scoring 7 times in 23 appearances – however the move was short lived and the forward ended up having spells at Bayer Leverkusen, West Ham, and his last team, Sevilla.

Now the 31-year-old Mexican international is set for a new phase of his career as he prepares for life in Major League Soccer – but the move was a tough one for Javier.

Galaxy are the most successful club in MLS history, with five titles, although they have not reached an MLS Cup final since their last victory in 2014.

And with Zlatan Ibrahimovic rejoining Milan at the end of last season, Chicha has a big hole to fill – but if anyone can rise to the occasion, it's him.