It marks a milestone in the development of the city’s new 'Civic Quarter Heat Network'. 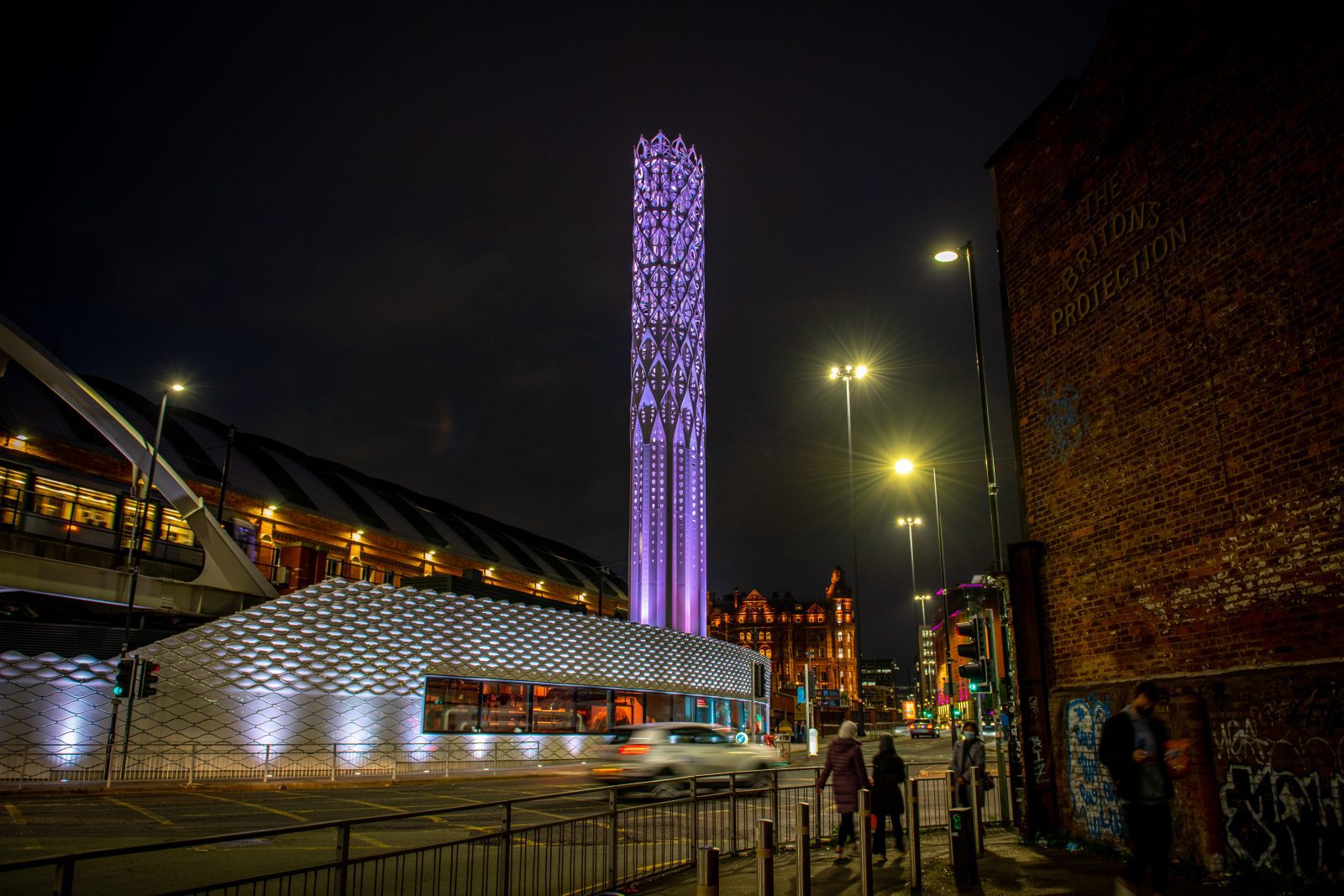 Have you noticed that one of Manchester’s newest and most eye-catching structures is finally living up to its name?

The Tower of Light structure has been officially switched on.

Marking a milestone in the development of the city’s new Civic Quarter Heat Network, the 40m tower – which was officially finalised back in August 2020, and became the talk of the city not long after – will now be lit up in a series of striking colours every night, with Manchester City Council describing it as “the most visible manifestation” of the Council-owned network – which is providing heating and electricity to some of Manchester city centre’s most iconic buildings.

The Civic Quarter Heat Network – which will go live in early 2022 – will not only help the buildings to reduce their carbon emissions, but also support the city’s transition to zero carbon by 2038.

In case you’re unfamiliar with what the Tower of Light actually is and what it does for the city, the structure contains a 3.3MWe CHP engine and two 12MW gas boilers, is made up of nine sections called ‘drums’ – each one measuring 4m wide, 6m long, and 4m high, with a 1.8m crown section – and essentially acts as the chimney for the low-carbon energy centre.

The Tower of Light’s energy centre is projected to generate electricity and harness the recovered heat from this process for distribution via a 2km district heating network – which will supply heat for the buildings.

And the network will also have the capacity to connect to other buildings in the vicinity, helping them to reduce their carbon footprints too.

“”It’s a complex challenge, but ambitious projects such as this network show that we are taking action to rise to it, [and] as well as looking beautiful, we hope that the Tower of Light will be a beacon for this kind of work.”

Mike Cooke – Managing Director for the North and Scotland at Vital Energi, the company that built the network – added: “The flue’s innovative lighting scheme, paired with the partially transparent ‘Wall of Energy’, allows the public to catch a glimpse inside the energy centre.

“[And it] ensures the Tower of Light will become an iconic feature to Manchester’s skyline.”

You can find out more about the Tower of Light and what it means here.