The UKHSA and NHS has launched a campaign to make sure children are vaccinated against preventable diseases. 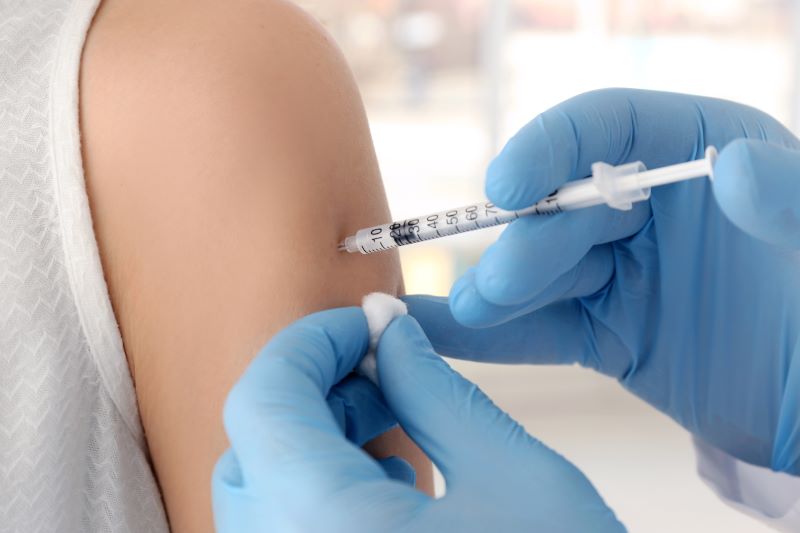 Experts and medical professionals have warned that MMR vaccination rates are at the lowest level they have been in a decade.

With the latest data revealing that more than one in 10 school entry-age children in England are now at risk of measles due to not having their MMR jab – which protects against measles, mumps and rubella – the UKHSA and NHS have launched a campaign urging parents and guardians to make sure children have had their MMR vaccinations and other routine jabs before starting school.

Children can receive their first dose of the MMR vaccine on the NHS at the age of one, and the second dose when they are three years and four months old.

According to the most recent figures, between July and September last year, just 88.6% of children in England had received their first MMR dose by the age of two, while just 85.5% had received both doses by the age of five – the lowest in a decade.

The World Health Organisation says that 95% of children need to be vaccinated to prevent the rise of measles.

Measles is highly infectious and can cause pneumonia, inflammation of the brain – known as encephalitis – damage to the immune system which leaves children more susceptible to other infections, and in some rare cases, can also cause subacute sclerosing panencephalitis (SSPE), which can lead to destruction of the central nervous system, loss of motor control, epilepsy, and even death.

Research commissioned by the Department of Health and Social Care and the UKHSA found that 48% of parents and guardians of children aged five and under did not know that measles can lead to serious complications.

Only 38% of those surveyed knew measles could be fatal.

When a high percentage of the population is protected through vaccination, it becomes harder for the measles to pass between people – but since the start of the COVID-19 pandemic, there has been a concerning drop in the number of children receiving these vaccines on time.

Experts say this may be due to some parents having realised doctors were still offering appointments, or did not want to burden the NHS.

Dr Vanessa Saliba – Consultant Epidemiologist at the UKHSA – said: “The MMR vaccine offers the best protection from measles, mumps and rubella which is why we’re calling on parents and carers to make sure their children are up to date with their two doses.

“Even a small drop in vaccine coverage can have a big impact on population immunity levels and lead to outbreaks.”

“It is incredibly important that all parents and guardians ensure their child is up to date with their routine vaccinations, including MMR, as these vaccines give children crucial protection against serious and potentially deadly illnesses and stop outbreaks in the community,” added Dr Nikki Kanani – GP and Medical Director for Primary Care at NHS England, said:

“If your child has missed a vaccination, please contact your GP practice to book an appointment as soon as you can to make sure they have maximum protection against disease.”