A scene remains in place with an increased police presence, no arrests have been made, and dedicated officers from the Major Incident Team are leading the investigation. 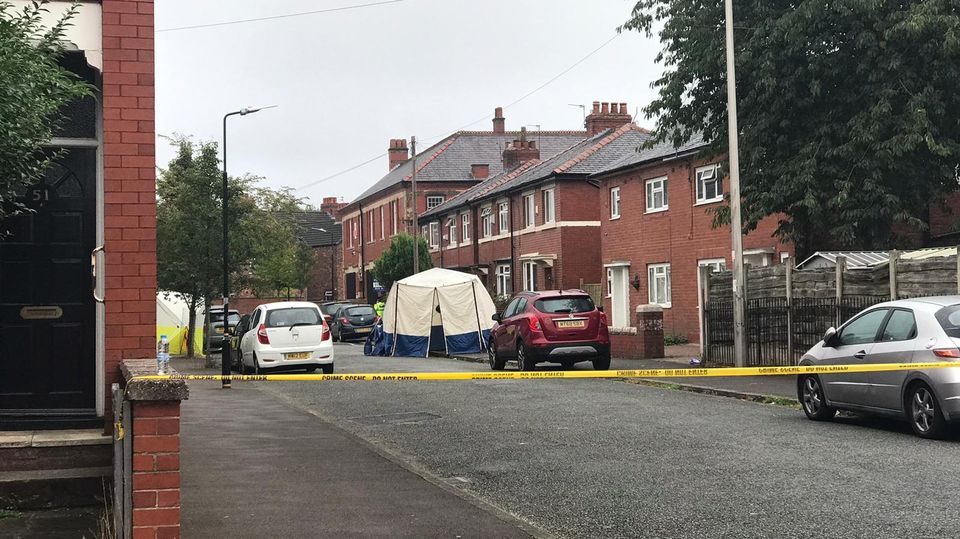 A murder investigation has been launched in Old Trafford, after a 16-year-old male was stabbed.

Police were called to Norton Street just before 6pm on Thursday 9 September to reports of a stabbing.

Emergency services attended and found a 16-year-old male had been attacked by two unknown males, and suffered stab wounds. He was taken to hospital, but despite the best efforts of paramedics, he died a short time later.

A scene remains in place with an increased police presence, no arrests have been made, and dedicated officers from the Major Incident Team are leading the investigation.

A second scene has also been established on Upper Chorlton Road, where a vehicle has been recovered that’s believed to have been involved in a collision.

Officers are keen to not rule out any lines of enquiry at this time, and are currently treating the vehicle as linked to the investigation, while forensic tests are carried out.

A third scene has also been established on Cross Street, where a collision between another vehicle and a pedestrian had occurred a short time later. The pedestrian’s injuries are not believed to be serious at this time, and enquiries are on-going.

Detective Superintendent Danny Inglis from GMP’s Serious Crime Division, said: “First and foremost, our thoughts are with the victim’s family at this incredibly sad time, they are being supported by our specialist officers.

“This is an horrific incident, where a young man has tragically lost his life, and we are following a number of lines of inquiry to establish exactly what has happened, and to bring those responsible to justice.

“We know this happened at a time of day when people would still be out and about or returning home, and we’re keen to hear from anyone who may have information that could help our investigation, no matter how small it may seem.”

Alternatively, you can call the independent charity Crimestoppers, on 0800 555 111.