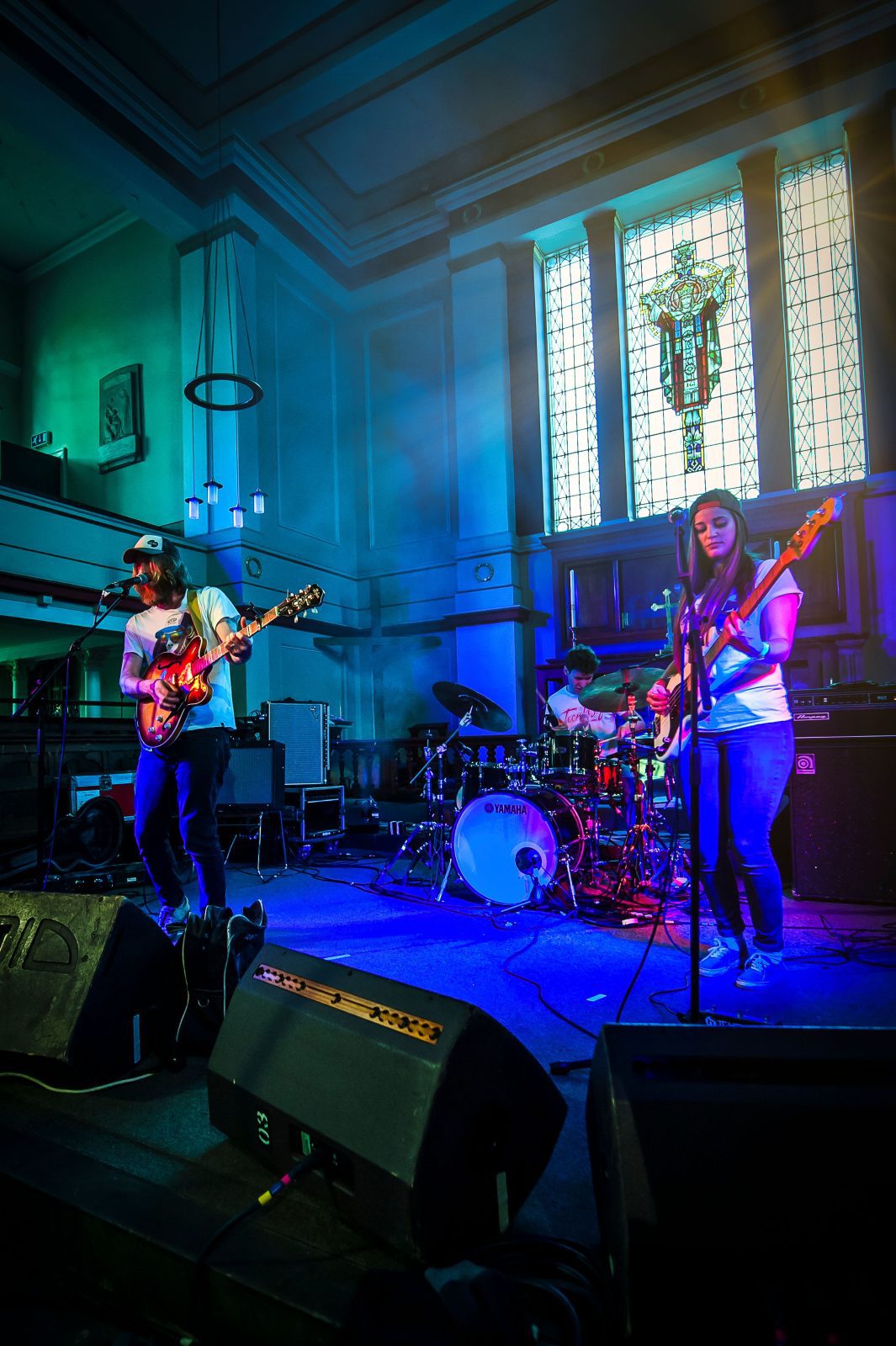 Salford’s beloved Sounds From the Other City festival (SFTOC) has announced it will return to Chapel street‘s pubs, churches and community corners in 2022, bringing new music, performance and art to Salford once again.

Manchester International Festival’s new cultural space, The Factory, will also present a stage of up-and-coming artists as part of the SFTOC ahead of its official opening next year.

The festival has released its initial line-up today, welcoming a host of local Greater Manchester talent from across the city to perform following a two-year break.

Elsewhere, Chandé and Gracie T, fresh off the back of their iconic 2021 B2B Boiler Room set, will bring a mix of garage, funky and classic Asian bangers to Salford.

Joining them on the bill will be much-lauded British electronic music producer Holy Other and Grove, the proudly black and queer Bristol-based producer, vocalist and DJ.

Many more artists due to appear on the lineup are still to be announced.

A regular sell-out, despite having taken two years off there’s no doubt that Sounds from the Other City is a genuine DIY success story and has a reputation for championing huge breakout artists at early points in their career.

SFTOC has been a firm underground favourite with music lovers since 2005, delivering a unique annual event that champions local promoters and celebrates the off-kilter beauty of Salford, the oft-overlooked ‘other city’ to Manchester.

Taking place across the May Bank Holiday, this year the festival will kick off on Sunday 1 May 2022.

Riv Burns, Creative Director for the festival, said: “Coming back from two years without a festival was always going to be daunting.

“The support of our extended community from crowdfunders in 2020, through to purchasing tickets in the back end of 2021 with just a date announced, through to sheer enthusiasm from promoters and artists has been overwhelming and humbling.

“This first wave of artists is so unbelievably exciting and quintessentially SFTOC, I’m really proud and can’t wait to bring this AND MORE to Chapel St and the surrounding area on Sunday 1st May. It really is shaping up to be a vintage year, full of magic, collaboration and new faces. One you don’t want to miss.”

The full Sounds From the Other City (SFTOC) 2022 lineup announcement so far:

Feature image – Sounds From the Other City