The partnership highlights a commitment to supporting Manchester’s music scene on all levels. 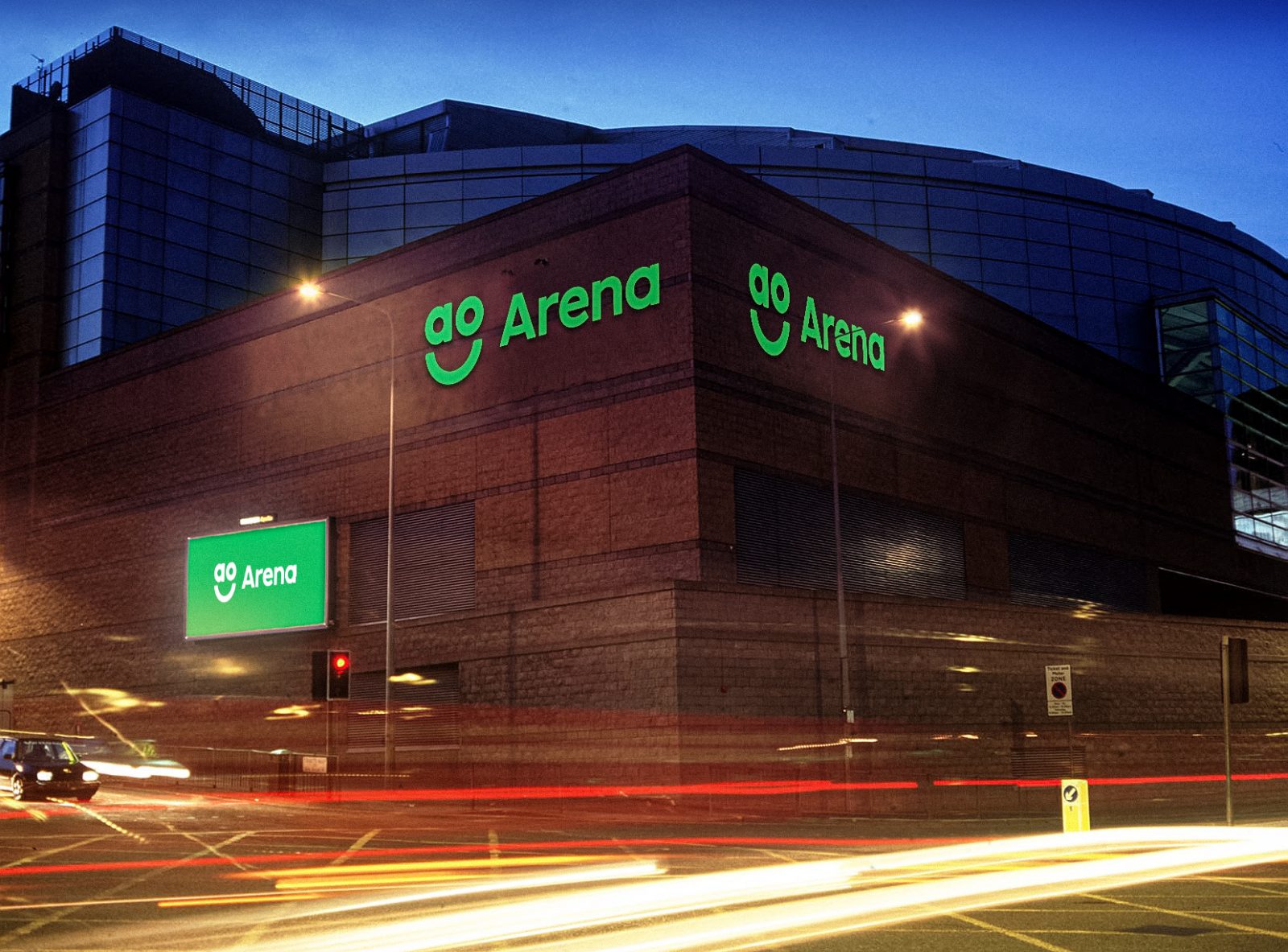 The Manc is thrilled to announce that we’re the official media partner of Manchester’s largest entertainment venue.

The arena recently rebranded to the AO Arena as part of a sponsorship deal with the Bolton-based online electricals retailer AO, marking a period of regeneration for the iconic venue – which last year celebrated its 25th anniversary.

Now, as well as the famous green smile, visitors will have the opportunity to enjoy exclusive money can’t buy experiences as well as on the spot ‘surprise and delight’ activations on the concourse, courtesy of the retailer.

As the UK’s most engaged local digital publisher with a total audience of over 1.5 million across platforms including Facebook, Instagram, Twitter, LinkedIn, and TikTok, our media partnership with the AO Arena is a great fit – especially as we’re the only Manchester publication with a devoted music platform, The Manc Audio.

In a fitting celebration of the fact that Manchester’s music and its venues are unrivalled, we will use our reach to showcase this to the rest of the city and way beyond.

The partnership also highlights our commitment to supporting Manchester’s music scene on all levels.

Speaking on the partnership, Anna Gledson – Managing Director of The Manc Group – said: “We’re absolutely made up to be the official media partner for the AO Arena. The AO Arena is such a huge part of our city’s entertainment and leisure landscape and attracts over a million people through its doors every year thanks to its unrivalled calendar of shows.

“To have the opportunity to collaborate and partner with the Arena is super exciting and we can’t wait to work with them to shine a very bright spotlight on the incredible music we have in Manchester.”

James Allen – General Manager of the AO Arena – added: “This is an exciting partnership [and] we look forward to working collaboratively with The Manc on a variety of projects that will help accelerate Manchester’s recovery process.

“We have a packed calendar of events, with some real show-stoppers to look forward to and a first class platform to promote them on.”

Known as ‘the people’s voice of Greater Manchester’, The Manc publishes content seven days a week, online and across a number of social media platforms, and has become a widely-recognised brand across the city for its news coverage, viral content, its various social channels, and its support of local Manchester businesses.

The Manc team has extensive experience and expertise in news, social media, content creation and publishing – with founding members of the team working for some of the country’s biggest social publications.

This experience has enabled The Manc to work on a number of city-wide campaigns with some of the biggest names in the hospitality, business and entertainment sectors in and around Greater Manchester.

The Manc Audio was launched in the summer of 2020 as the dedicated music branch of The Manc family, with the goal is to shine a spotlight on Manchester’s vibrant, world-renowned music scene, and the established and emerging talent to come from it.

By covering a wide variety of music genres, events, club nights and venues, The Manc Audio celebrates Manchester’s rich music heritage, as well as representing the very best of the city’s music offerings past, present and future.

As The Manc Audio has grown, it has also launched a live music series – Frequencies.

Since the pilot episode back in February 2021, the series has received thousands of views on IGTV, and in September 2021, a live version of the event was held in front of an audience for the first time to huge success.

The arena has become an integral part of Manchester’s music scene since first opening its doors in 1995, and in its 26 years of operation, the venue has welcomed the best bands, singers, musicians, and DJs from across the globe to the heart of the city.

With a capacity of 21,000, the AO Arena has the highest capacity of any indoor venue in the UK.

And with more than a million people visiting the arena every year, it has landed itself the title of the busiest arena in the world on numerous occasions.

Find more information about what’s happening at the AO Arena in 2021 here.