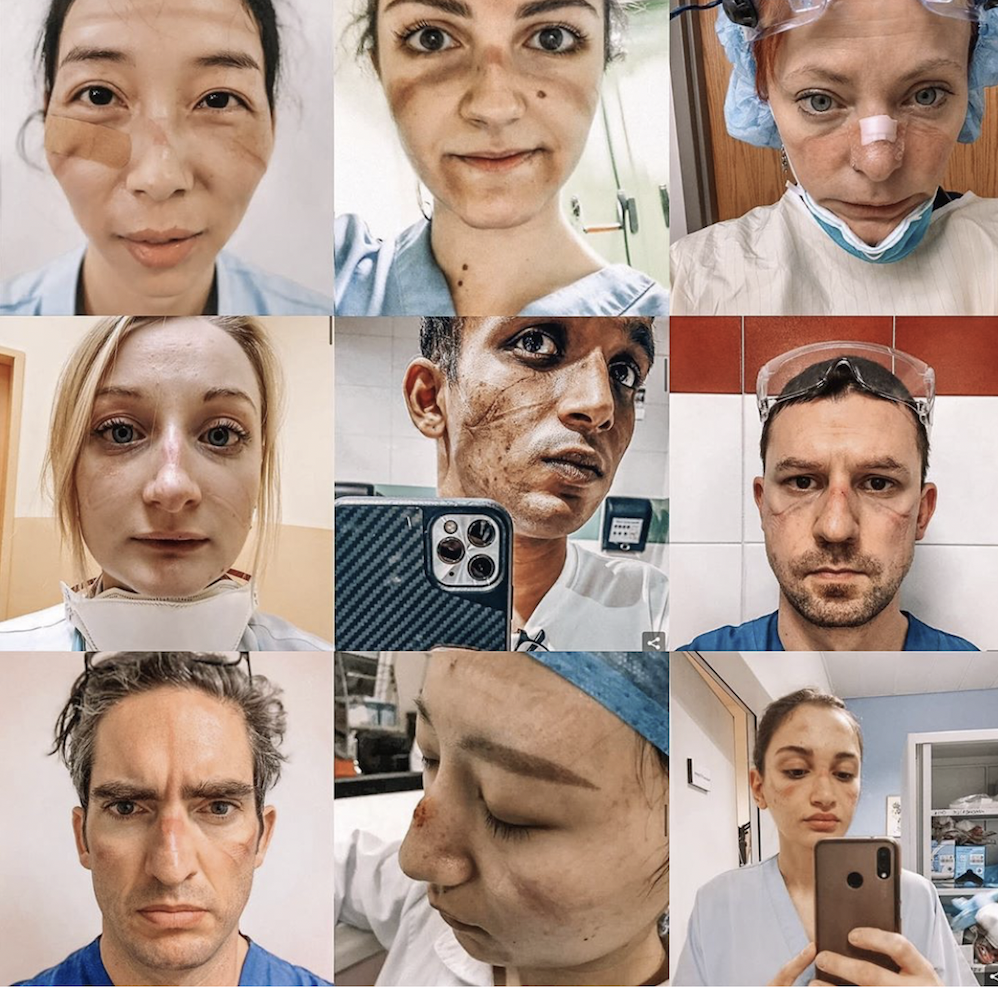 Coronavirus has often been called an “invisible threat”. But the damage it’s caused has been visible on our NHS heroes’ faces for months.

We’ve all seen the pictures of nurses and doctors staring directly into the camera after spending a dozen hours with PPE pressed onto their skin.

By the end of their shifts, healthcare workers can look and feel like they’ve gone ten rounds with the virus.

After seeing these images of the exhausted key workers go viral, SKIN HQ saw a perfect opportunity to help. They elected to offer hydrating facials that soothe damaged skin.

And, by way of thanks for all their hard work, NHS staff won’t be charged a penny.

Demand has been enormous, and thousands have already signed up to book an appointment at one of SKIN HQ’s five clinics across the UK.

Founder Haroon Danis said: “When we went into lockdown, we wanted to do something to help the NHS heroes and key workers.

“We started to notice images of nurses and doctors with damaged skin from constant use of the PPE, and we knew what we could do.

“By offering free hydrating facials, we’re helping these workers get rid of all the dry skin and repair some of the damage left behind by PPE – which can be caused after working long hours in sweaty, humid conditions.

“Our treatments help to ease some of the bruising and make people feel better both physically and mentally.”

More than 23,000 people have rushed to reserve a facial since the campaign was launched back in April.

“We’ve had such a really positive response,” Haroon tells us.

“It’s been really amazing for us to be honest, and all the team are really proud to be part of it.”

Over £1,380,000 worth of free SKIN HQ sessions have been allocated to NHS members so far – giving nurses and doctors the chance to recuperate from endless hours of brave work on the frontline.

And Haroon has confirmed the offer is not stopping any time soon.

“We’re not taking it down; we’re not ending the campaign,” he tells us.

“If any NHS heroes want to join up, they can at any time. We just want to keep it going until this situation is all over.

“All you need to do is go to our website and it’s right there on the homepage. Fill in your details and we will call you back to arrange a time.”

The very first SKIN HQ was set up right here in Manchester on St John Street, and the clinic has gone from strength to strength ever since – having expanded nationwide (to London, Liverpool, Birmingham and Bradford).

Interest in their franchising scheme has also surged during lockdown – with inquiries flooding in from both medical professionals and those in sectors affected by the financial crisis.

To learn more about the amazing work SKIN HQ are doing, head over to their website.