It comes after last month when the legalities over who can administer a vaccine were extended. 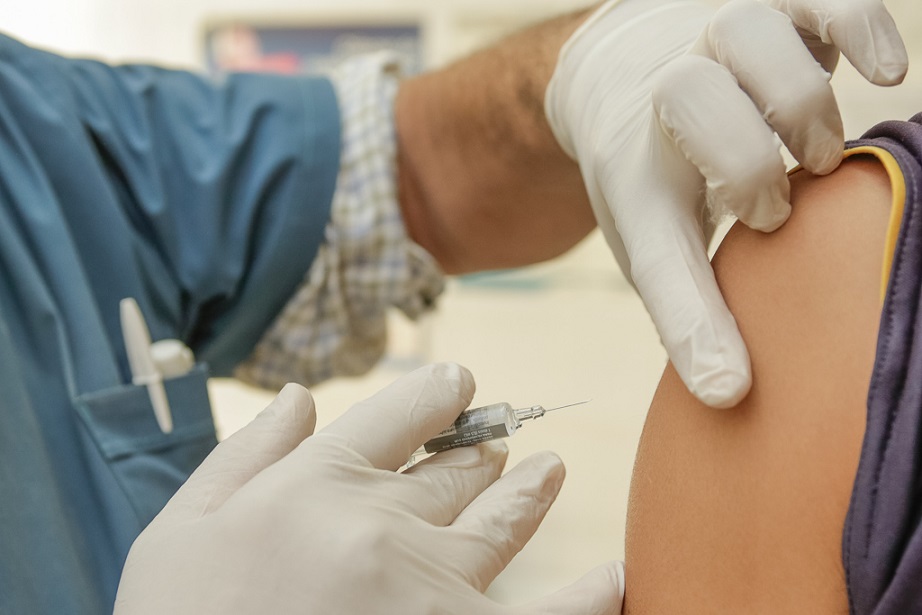 St John Ambulance has today confirmed it has been approached to potentially train up thousands of volunteers to administer a COVID-19 vaccine.

This was first indicated to be the case in a Daily Mail report yesterday evening.

The paper reported that it has seen leaked plans for volunteers with no previous medical experience – the only criteria needed being that the volunteer is between the age of 18 and 69, have at least two or more A-Levels or equivalent, be at low risk of COVID-19, and be prepared to undergo a reference check – to be trained to administer the injections and potentially deal with any immediate adverse reactions.

It comes after last month when the legalities over who can administer a vaccine were extended.

Health Secretary Matt Hancock said at the time: “These legal changes will help us in doing everything we can to make sure we are ready to roll out a safe and effective COVID-19 vaccine as soon as it has passed clinical trials and undergone rigorous checks by the regulator.”

Now, it has been today confirmed by the CEO of St John Ambulance today that the non-governmental organisation has been approached.

Confirming that it had been asked to train extra vaccine volunteers, Richard Lee – CEO at St John Ambulance – said: “During the COVID-9 pandemic, St John volunteers have already given hundreds of thousands of hours of their time, supporting the NHS in caring for patients on board ambulances, in hospitals and as part of vital community projects such as this year’s seasonal flu vaccinations, and that work continues.”

He continued: “St John Ambulance is proud to have been asked to support NHS staff in getting ready to deliver a COVID-19 vaccination programme when one becomes available.

“Our role includes sourcing vaccinators within the new regulations set out by government and delivering official training from Public Health England, as well as recruiting many thousands more people in patient-facing support roles, such as patient advocates and first aiders at vaccination sites.”

The role includes: “Supporting patients before or after their vaccination, providing reassurance and potentially dealing with medical emergencies.”

Just like the vaccine volunteers, all applicants who apply for St John Ambulance roles must be between the ages of 18 and 69, be at a low risk of contracting COVID-19, and must undergo and pass necessary reference checks.