The MMA fighter claimed he was thinking about purchasing the football club earlier this week. 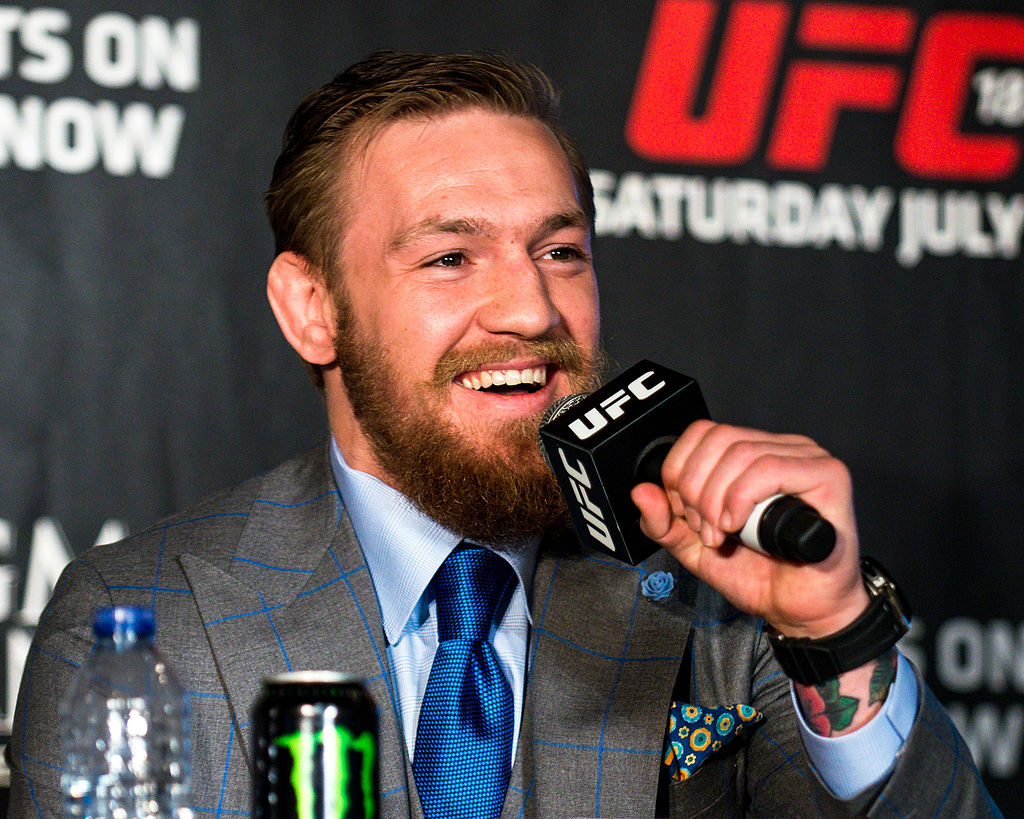 During a memorable week in which Manchester United’s seemingly unflappable owners were forced into writing a clumsy public apology – supporters began to feel that maybe the Glazers’ throne at Old Trafford may in fact be a little more wobbly than anticipated.

Indeed, a new candidate has already put himself in the frame to take over: MMA legend Conor McGregor.

After the vilified European Super League crumbled to dust on Tuesday evening, the Glazers – who have remained utterly unperturbed on their OT perch despite years of passionate criticism – actually looked a little vulnerable, with their wildly unpopular Exec Vice-Chairman Ed Woodward even announcing he would depart his post.

The shake-up has sparked excitable conversations among fans about the prospect of potential new buyers at Sir Matt Busby Way. Perhaps this would end the tenure of owners so loathed that their very presence in Manchester has led to countless protests and the formation of a new club in FC United of Manchester.

But before any real candidates could be seriously debated for a United takeover, MMA’s ultimate showman McGregor attempted to rattled a few cages by suggesting he would be keen to take the reins.

Posting on Twitter, the former UFC champion wrote: “Hey guys, I’m thinking of buying Manchester United! What do you think?”

According to some reports, McGregor is currently valued at a net worth of around a half billion dollars – but that wouldn’t be enough to prise United from the Glazers’ grip.

Forbes value Manchester United at £3.05bn – the fourth most valuable club in the world – meaning McGregor would need to cobble together a bit more loose change to turn himself into a proper contender, or launch a joint bid as part of a consortium.

Money aside, McGregor’s track record for embellishment means that most fans have refused to even entertain the notion of Notorious ownership at OT. But this isn’t the first time United have been subject to bizarre interest.

Shortly before the Glazers took full control at OT in 2005, Middle Eastern dictator Colonel Muammar “Mad Dog” Gaddafi was apparently just hours away from purchasing United – only for the deal to fall through after failing to agree on a price for the controlling stake.

As of yet, McGregor’s bid hasn’t gone any further than a sweeping declaration on social media. And with no updates for a couple of days, many have already poured cold water on the idea.

In a wonderful world where Deadpool and Mac from It’s Always Sunny In Philadelphia can purchase a fifth-tier team in North Wales, there’s always chance that anything can happen…