The iconic venue has been saved from its auction fate, but campaigners have grand plans for its future. 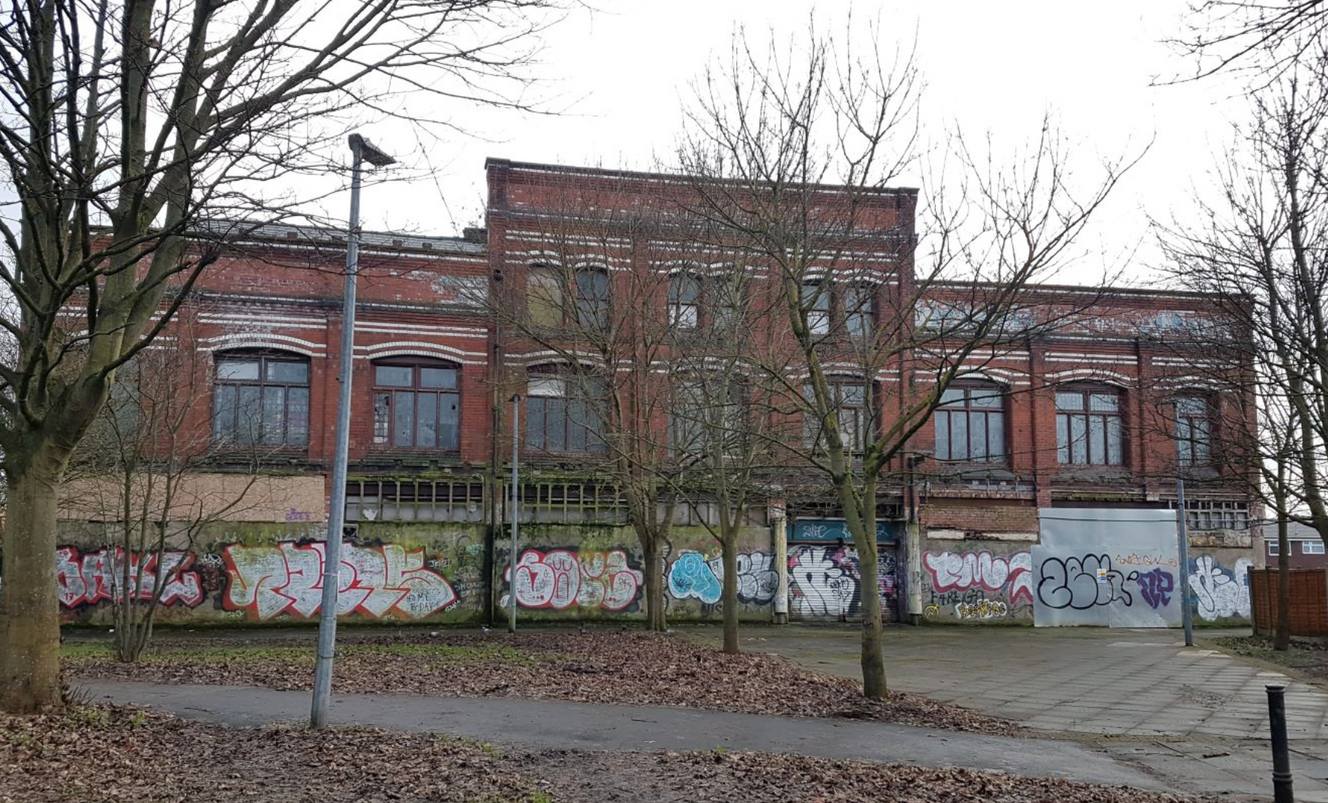 A local community Crowdfunder has been launched in an attempt to raise vital funds to save the Hulme Hippodrome from future redevelopment.

The Hulme Hippodrome first opened its doors in the Manchester suburb on 7th October 1901.

Originally known as the Grand Junction Theatre and Floral Hall, the Grade II listed building was designed by architect J.J. Alley, built alongside the Hulme Playhouse – with both venues being connected by an arcade – and formed part of the theatrical empire of W. H. Broadhead, with the company’s headquarters also at the centre.

But in 1905, the names and functions of the two adjacent theatres were interchanged, meaning that the current Hulme Hippodrome became the Grand Junction, and the variety performances were then transferred to the new Hippodrome.

The Hulme Hippodrome was last used as a theatre in the 1960s, and from the mid-1970s until its eventual closure in 1988, it was used as a bingo hall.

Since then though, most of the building has remained empty and derelict.

Coming as a devastating blow to the local community and all those who had spent happy times there over the years, it was thus first placed on Manchester City Council’s Buildings At Risk Register, then was added to the Theatre Trust’s newly-created Theatres At Risk Register in 2006, and in September 2019, was named on the Victorian Society’s list of the top ten most endangered buildings in England and Wales.

The latest “kick in the stomach” arrived today though, as the iconic venue was listed at online auction for a guide price of £950,000+, with residential redevelopment of the site long being rumoured, but campaign group, Save The Hulme Hippodrome, has plans to stop this.

The group is fighting to return the building to use by the people of Hulme.

The campaign group is made up of local residents and supporters who want to see change.

They have a long-term vision for Hulme Hippodrome, and are keen to use the building for a Museum of Manchester Musical Art, a theatre production school, a bike hub, library and bakery, which could all provide opportunities for the people of Hulme to play a part in the next stage of the theatre’s story.

Playing a driving force in the campaign group is Oli Wilson – son of Factory Records founder Tony Wilson – who runs PeaceMeal, a social enterprise bakery and employment academy in the NIAMOS Centre in the co-joined
Hulme Playhouse.

“It was just a huge shock to find out it had been put to auction and it only gave us [just over two] weeks to get a response and campaign together,” Oli told The Manc.

“The Hippodrome has played an important role in Manchester’s arts and communities for over 100 years.

“It could, and should, go on for another 100 years [so] to have this legacy and future potential destroyed, so that a few may turn a profit, would be a gargantuan hit for both people and the arts in Manchester.”

Oli also revealed that, while stable for now, the Playhouse will be put at risk if the Hippodrome continues to deteriorate, but the group’s long-term plan would see the two theatres run as complementary community hubs, and ultimately save this local gem before it’s lost forever.

And then, right when it was needed most, good luck struck for the campaign group as they successfully managed to get the Hippodrome site withdrawn from auction just as it was due to go to sale at midday today.

This is why they’re now focusing primarily on their just-launched a Crowdfunding campaign.

With over £3,400 already raised, they are aiming to hit £10,000 to pay for initial legal and survey costs, which would be vital first steps in acquiring the building and starting planning for its future as a venue for the community.

Oli continued: “We’re raising a pot of money to get a proper survey done and a schedule of works for the full renovation, as well as bring a solid business plan together about the future value of the building and how it can run as a business which is an asset to the community.

“The building is structurally fine [but] it just needs some love and TLC.

“We’re also working with Manchester City Council to have it listed as an ‘Asset of Community Value’, which would hopefully protect it’s future too”.

The campaign has already started to receive support from several local trusts and initiatives, with Claire Appleby, Architecture Adviser from Theatres Trust – the national charity that campaigns to protect theatres – saying: “Hulme Hippodrome, which is on our Theatres at Risk list, is in grave danger of being damaged beyond repair and it could have been bought by speculative developer, who does not appreciate what a gem this building is.”

And it’s clear to see how much it all means to Mancunians too.

Paul Baker – spokesperson for the Save The Hulme Hippodrome Campaign – added: “Without urgent action, we are in serious danger of losing the building, along with the cultural memories it holds.

“We urge the people the wider Manchester area to come together and help save this wonderful building.”

You can find more information about the future of the Hulme Hippodrome, as well as join in and contribute to the last chance fight to transform this iconic venue via the official Crowdfunder here.

All the latest updates can also be found on the Friends of Hulme Hippodrome group here.