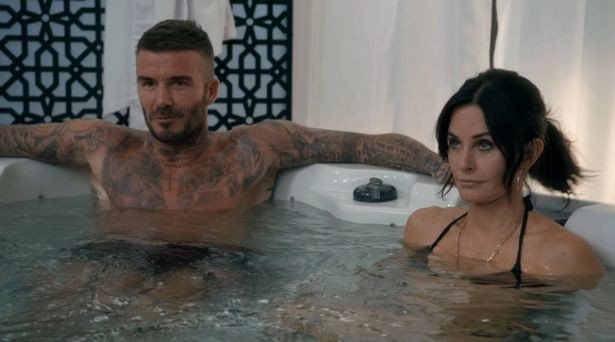 The first images of David Beckham and Courtney Cox sharing a steamy hot tub together for their cameos in Modern Family have made it online.

It was back in October when news first broke of the pair stripping down and forming their unlikely showbiz friendship for the popular US comedy.

The former Manchester United winger joined forces with Friends legend Courtney to guest star as themselves in the show and the first pictures of them hitting it off have emerged. 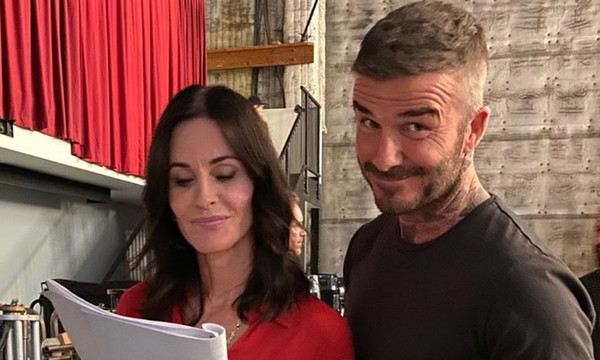 The plot isn't clear yet, however the two stars got on like a house on fire according to show bosses.

Courtney shared a series of snaps to her Instagram which also featured show stars Jesse Tyler Ferguson and Eric Stonestreet.

David broke the news of his unlikely cameo on Instagram, when he posted a snap of himself looking more than pleased as he and Courtney read a script together. 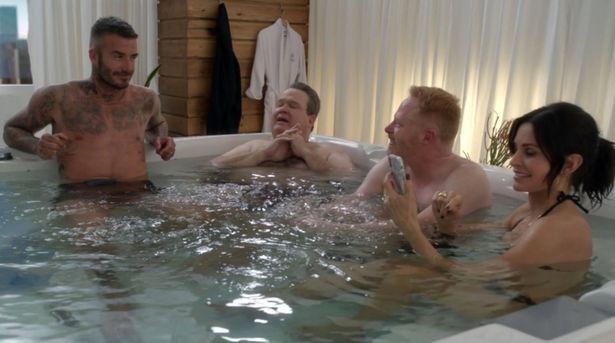 He captioned the post: "I met a new FRIEND today at work @courteneycoxofficial #modernfamily."

We're not sure when the Modern Family episode will air exactly, but we're definitely looking forward to it.