The Manchester family's large and loveable dogs have become fan-favourites and often steal the show. 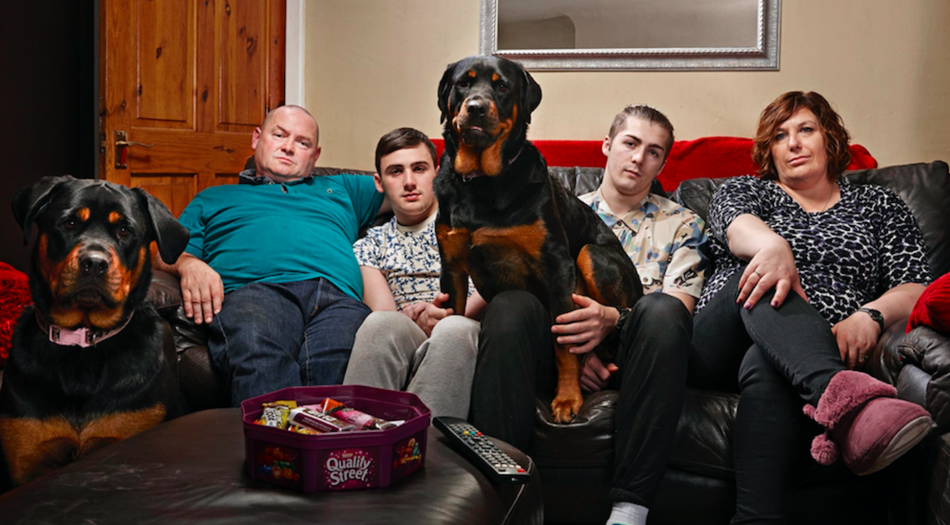 The Malone family have announced the heartbreaking loss of their beloved Rottweiler Izzey this past weekend.

Fans of the hit Channel 4 show Googlebox loved to see the Manchester family sharing their sofa each week with the large and loveable dogs, who often stole the show with their antics, over the past seven years.

But the Malones took to social media on Saturday to say that Izzey had sadly passed away.

Paying a touching tribute, the family shared a photo to Instagram of dad Tom sat on their sofa next to Izzey, with the caption: “Our beautiful girl Izzey, RIP – we are going to miss you and your gentle ways so very much.

“Thank you for looking after the Grandkids.”

Tom and Julie’s son Shaun also paid tribute to Izzey on his Instagram story over the weekend, saying: “It was time to say goodbye to our girl Izzey today – the perfect example of a family dog,” and Tom Jr. wrote to his fans: “Very sorry to let you all know that sadly Izzey passed away today.

“She was a great dog and we’ll miss her dearly.”

The Malones still have three other dogs – Lucy, Joe and Dave – who have each become fan-favourites thanks to causing havoc on the family sofa.

Fellow Gogglebox stars – including sisters Izzy and Ellie – have sent their condolences to the Malones after their beloved dog’s passing, and thousands of fans have commented tributes on Instagram too.

Channel 4 are yet to announce when the hit show will return for another series.