The Met Office believes that between 35-50mm of rain is expected to fall. 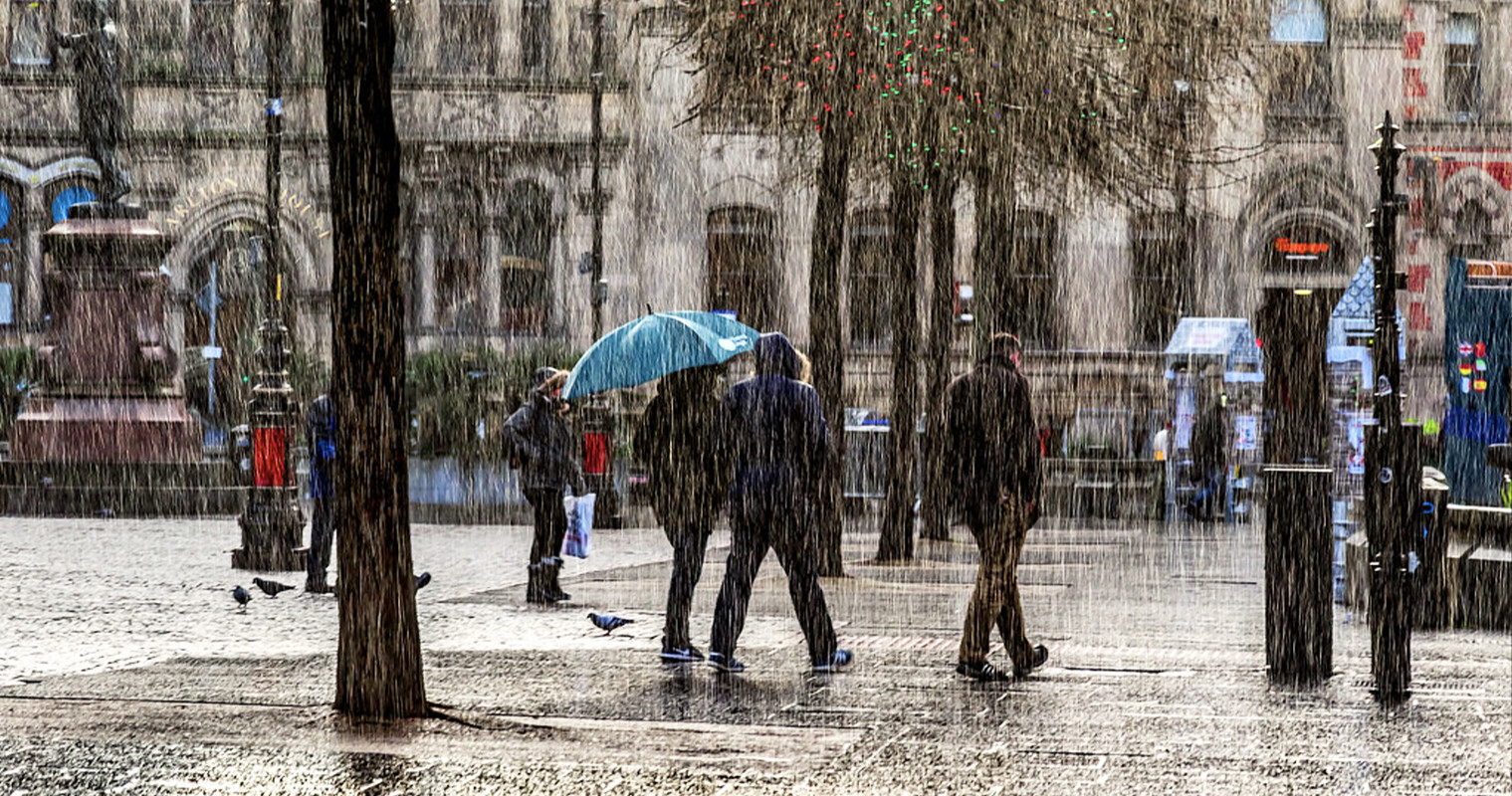 The UK is set for a washout this weekend with heavy rain to put a damper on ‘Super Saturday’.

The Met Office believes that between 35-50mm of rain is expected to fall.

This unfortunate turn in weather comes as many pubs, bars and restaurants, are once again able reopen to the public on 4th July – dubbed ‘Super Saturday’.

Brits up and down the country are expected to flock to their locals, but Saturday’s wet weather may mean that some indoor venues could struggle to implement necessary social distancing measures as intended if people ditch outdoor spaces to move inside for shelter.

‘Light rain’, with average highs of 18°C and lows of 14°C, is predicted on Saturday across Greater Manchester.

A Met Office spokesperson, Nicola Maxey, stated that although the rain will lessen during the evening on Saturday, low cloud and drizzly conditions are highly expected continue through to Sunday.

Speaking to PA News, she said: “Saturday will see more unsettled conditions, with showers beginning in the west during the morning which will begin to move across to the east. While it won’t be unusually wet for the time of year, some areas in the east could become particularly heavy for an hour or two in the mid-morning to early afternoon.”

“Pushing in after that will be a spell of drizzly downpours and some low cloud which will hang over the UK for the rest of the day.”

A spokesperson from JD Wetherspoon, which plans to reopen all 750 of its venues on Saturday, said: “The weather is out of our control, but our pubs tend to be three times larger than others so we are not worried about people being inside our venues.”

“We can’t predict what the weather will be like in England, but we have faith that our customers and staff will be as safe as possible.”

A spokesperson for Stonegate Pubs, which owns The Slug and Lettuce chain, said: “Throughout our pubs and bars, we are implementing clear, safe socialising measures both inside and across our outside spaces. We are encouraging customers to pre-book and all bookings work on a time-limit which enables us to manage capacity and customer expectation.”

“Should the weather be inclement, we will work with our customers on a common-sense approach, accommodating where we can those that have had to move from outside areas.”

“Most customers are likely to check the weather and be prepared for the expected short spells of rain or drizzle.”

For more information regarding weather in Greater Manchester and the North West ahead of the weekend, visit the Met Office website here.